How to propagate wild strawberries

The strawberries – one of the most common plants in suburban areas. There are many different varieties. But what if you only purchased 2-3 Bush harvest strawberries? How can they be propagated? 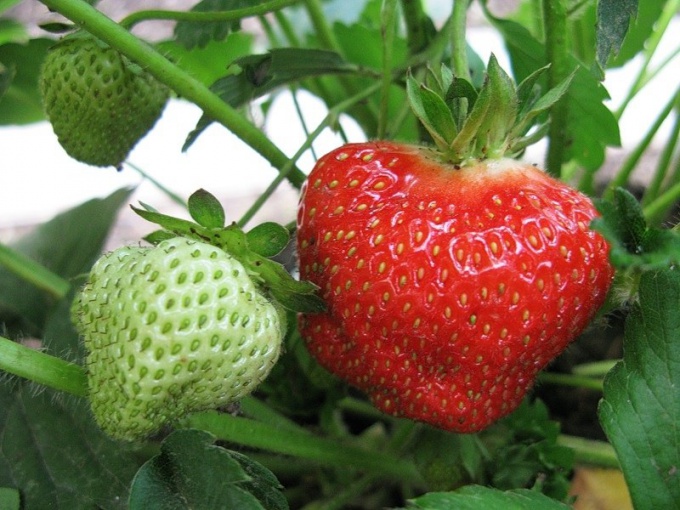 Related articles:
Instruction
1
This can be done in three ways. The most common reproduction of the whiskers, which appear after flowering strawberries. Depending on grade number of whiskers can be up to 30 pieces. On each shoot formed a few outlets. Put bought the strawberry bushes in fertile soil at a distance of 30-40 cm from each other. At the end of the summer will be a moustache. Wait until they formed strong rosettes and sprinkle the wet soil the first 2-3 on each shoot. The remaining outlet is better to cut off and throw away, they will not harvest bushes.In autumn or early spring dig up rooted bushes and set him on a separate bed. With sufficient irrigation, timely weeding and soil loosening to get them to harvest berries in the first year.
2
Strawberries can be propagated by dividing the Bush. This method is particularly suitable for everbearing varieties, which do not give a mustache or have very little. Dig in the fall or spring 2-4-year-old Bush of strawberries, divide it into several pieces and put on a new patch.
3
To obtain new varieties, strawberries are propagated by seeds. Collect the most large berries, with a blade cut them with a thin layer of seed and put out to dry on a sheet of paper or cloth. Then mash the seeds separated from the pulp, and store in a dry place until mid-winter. In early February, sow the seeds of strawberries in boxes with a ground mixture (2 parts leaf humus, 1 part earth to 1 part sand). Sow shallowly, 0.5 mm in moist soil. Top boxes, cover glass or film. At a temperature of 20-25 degrees, the seeds germinate in 8-12 day. Put the crates into the light. Watering the seedlings from the tray or obrushivaet, once a day slightly move the glass for ventilation. Eventually get him.Optinuity seedlings when the first true leaf. Repeat the swordplay, when the seedlings will have 4-5 leaves. Take her outdoors for hardening. In may you plant strawberries in a permanent place in the open ground.
Note
Take the outlet only from the bushes a second or third year of vegetation, then you can count on a good harvest new plantings.
Useful advice
When propagating strawberries mustache, it is advisable to remove all flower buds below the fruiting sustained development outlets.
Is the advice useful?
Присоединяйтесь к нам
New advices