How to draw a my little Pony in stages

Wonderful horse "my little pony" has captured the hearts of many girls. Colorful and good cartoon characters are found among toys, books, stickers. If you want to learn how to draw a "my little pony", you will not be disappointed, because thanks to step by step instructions make it easy enough. 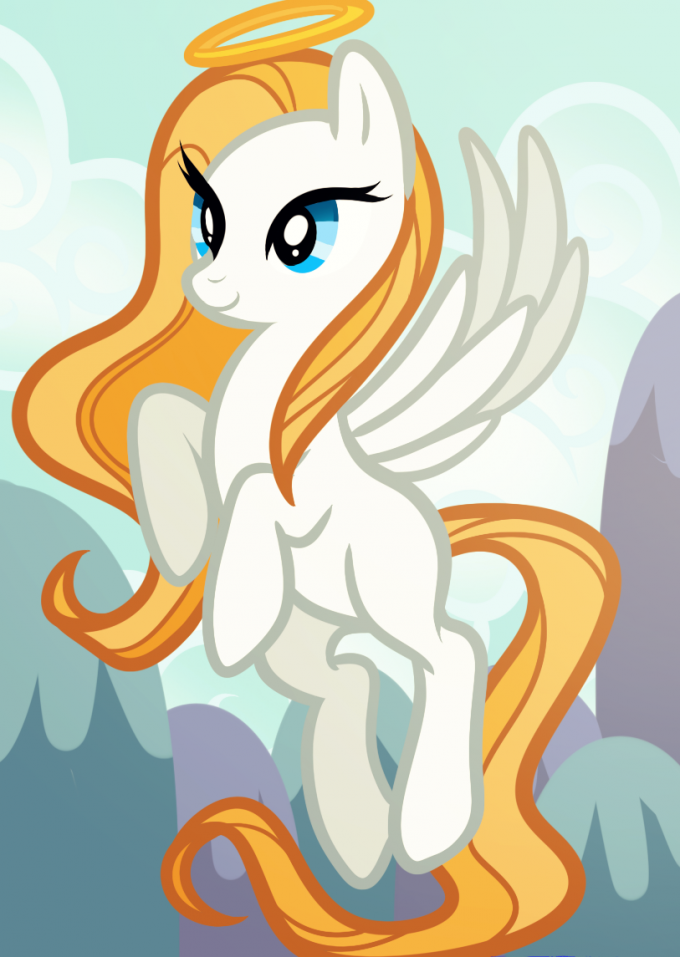 Related articles:
Instruction
1
To draw step by step, "my little pony", take a pencil, eraser and colored markers. Place the sheet of paper horizontally below the horse fit the picture completely. At the top of the sheet in the center, draw a large perfect circle. This is the head of the future pony. A little below the middle of the sheet and slightly to the right from the head, draw a slightly flattened circle. "My little pony" head of a much larger body, so observe when drawing proportions, focusing on submitted photos. Connect the circles with a curved line, convex to the left.

2
On the drawn marking guide line of the forehead of a horse. It is about a quarter of a circle. Add a little rounded at the end of the triangle abalone. Draw a curve line of the nose and eyes.

3
In the centre marking the circle next you need to draw "my little pony" large eyes. It needs to be like a large almond or a leaf of birch. Above the eye, draw a curved eyebrow with a pair of false eyelashes on the end. Draw a large pupil. The right side faces in the figure should be seen part of the second eyes, add a light touch. Don't forget fluffy curved eyelashes. In the eye drop, small, striped, dividing the triangle in half. On the nose the dot-nostrils, draw a small smiling mouth.

4
Now we need to draw a "my little pony" hooves. To determine their location, visually divide the line marking breast (connecting two circles) in half. From head to this line, draw the neck and chest of a pony. From its start end to hooves. To make it easier for them to portray, draw two small elongated oval (calf), and then connect them with short lines with the body. From the front and back of ear horses, draw two curved lines for the mane, make it the bulk, inside adding the finishing touches.

5
On the left side add the second part of the mane. Make soft waves, don't forget about the volume. If you want to draw "my little pony" little halo over his head. For this you need to show two ellipses next to each other as shown in the picture for step by step instructions.

6
Now begin to draw the body and hind hooves. Do everything exactly the same as on the image. Hip pony should be in the line marking the circle, and from him to hold the line of the legs. If you want to draw a horse jumping, the hind hooves should be considerably lower than the front.

7
Little Princess angel must have wings. To make it look realistic, make them out of a few feathers, drawing them from bending back. Add a flowing horse tail acting in the same way as when you draw the mane.

8
Now you can circle your horse around the loop, increasing the pressure of the pencil, and then remove the line marking. You know how to draw "my little pony" step by step, in the form of an angel and will be able to successfully portray the other horses, changing and adding elements. Don't forget to bring markers and paint the picture, so it will look even better.