How to draw a pony

Toys of various animals shape children's view of the world of animals. Little pony is one of the favorite toys of most children. Try to draw a cheerful pony, before putting a toy or having carefully considered image photos with real horses. 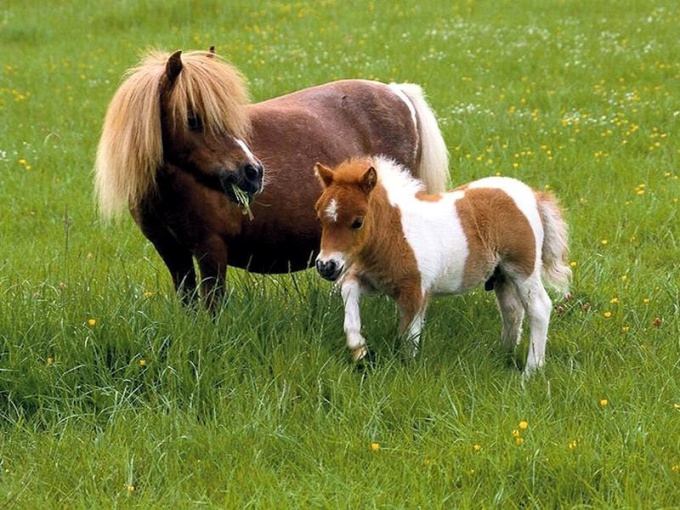 Related articles:
Instruction
1
Select the side view. First draw an elongated in the direction of the oval for the body. Draw a circle at the front of the torso. Draw another circle, slightly putting his left side to the previous one. It will be the head pony. Clean lines make a smooth transition from the small to the large circle, connecting the muzzle to the head.
2
On the big circle, draw a small triangle, representing the ear. It needs a little beyond the top of the head. In the triangle of the ear, draw another small triangle, depicting the inside of the ear.
3
Indicate the location of the eyes. Draw the iris, pupil and long eyelashes. Make a smooth transition from the head to the torso. Erase part of the circle line of the head from the middle of the neck to ear level. Draw an extended smile in front of the muzzle. Make a small bar with a pencil to represent a nostril.
4
From the front lower part of your body you want to draw the front legs. Draw two parallel lines slightly to the side up to knee level and down. Connect the lines on the bottom at a slight angle. So you have got the far front leg, slightly bent at the knee. On the same principle, draw the second foreleg. Start painting just above the line of the lower part of the body.
5
Draw the back legs. First draw closer to you leg. To do this just above the line of the lower torso, from the middle part, draw a line slightly to the right and down to the level of bending the leg, then down. The second line, which will complete the leg, swipe from the line of the lower side of the torso parallel to the first line. Connect both lines at the bottom.
6
The far back leg will be slightly visible because of the near leg. Draw it slightly forward. The thickness of the near legs should be slightly greater than the thickness of the far legs. Draw beautiful bangs, mane and tail, making swirling lines. Wipe off the excess.
Note
How to draw a pony with a pencil in stages. In the last tutorial we learned how to draw a big horse, and now consider her a close relative of. A pony is a small horse, growing up to 150 cm, cute, sturdy, short and shaggy. Saying a pony is a horse for children.
Useful advice
How to draw little pony. First look at images or photos, or carefully consider a toy with a tiny horse, remember the structural features of the animal. You can now proceed to choosing a plan drawing. If You are not too experienced artist, animals is the best to paint on the side.
Is the advice useful?
Присоединяйтесь к нам
New advices