How to change the skin of Minecraft on the pirates

Good old Steve, whose face, by default, takes on the character of any newly "microptera", many very fast time to get bored - too be skin common. Holders of a licensed copy of the famous "sandbox" in this regard were in luck: they can in one click change the game look as soon as you wish. However, what about those, who money to buy a license key sorry, and skin change want? 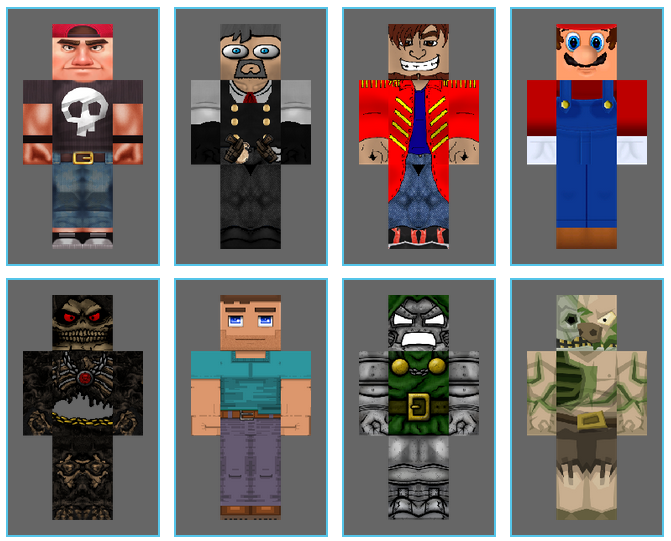 Related articles:
You will need
Instruction
1
If your situation is the following: you have just installed a pirated copy of Minecraft, don't worry that now you to the end of their existence would have to be Steve. If you wish, you can easily change this appearance at any one of several ways. Choose a particular method depending on what the purpose, when you wish to change the virtual overexposed image.
2
Go to any website offering various skins, and download the one that you liked. Already on your computer rename the file with him to char.png. Now open through any of the archivers (set, for example, the same WinRAR, if you don't already have any similar programs) minecraft.jar. Find among the existing documents, the one that bears the name of the char.png. Now remove it and replace its with the selected skin. Start the game and enjoy the changes of your character.
3
You, however, will soon discover a serious disadvantage of this method to change skin. To see your new look other gamers will not be able - for them you'll still look like Steve. Moreover, this situation will occur on any multiplayer resources (as in normal network gameplay and on the servers). Therefore, if you want to be able to demonstrate a new skin other "microfarm", use other methods of changing game image.
4
Click on special web resources, which demonstrates a variety of appearance options for players, any that is to your liking, and copy nick to which it is bound. And remember all the nuances of his writing (up to caps) - here is very important. By registering on various gaming portals Minecraft, use such a nickname. Then your goal will be fully achieved - you will get desirable skin.
5
However, be prepared that at any moment your appearance can significantly change (and do not have such a metamorphosis will like you). The fact is that picked up in the above method, the skin is bound to account some of the players who has acquired a licensed copy of Minecraft (you just turn into a virtual double of the gamer). If he wants to change his image, the corresponding transformation will happen to your character. Do not wish such to put up - find another nickname that is associated with the same skin, and preregistering on the game server. Of course, all your previous achievements in the gameplay lost.
6
Use another option to change skin - register on a pirate server. There is a change of the external appearance of your character will occur approximately the same as in the case of license holders accounts in one click. However, prepare yourself for what you will offer to install a special launcher, without which such a pirate server will not work. In addition, your new skin will appear only on the Playground, where you made its replacement.
Note
Try some special versions of your favorite game, in which gamers get some interesting images. For example, installing the mod My little pony and starting to play it, you transformerless on the screen in one of the famous characters of multiserial "Friendship is magic". Specific skin, however, is randomly generated.
Useful advice
Try not only various exotic skins, but any of the eight available options of appearance Steve. In addition to the standard, it's all kinds of sports images (in the form of an athlete, an African American, a cyclist, a boxer, a tennis player), in the evening and Scottish costumes, as well as in an orange jumpsuit of a prisoner.
Is the advice useful?
See also
Присоединяйтесь к нам
New advices