How to grow a potted geranium

Pelargonium, which is called potted geraniums, one of the most popular among fans of indoor flower plants. There are many varieties of this flower with different color of leaves and flowers, displayed miniature forms and varieties with double flowers. At home grown fragrant, large-flowered, plumline and zonal geraniums. 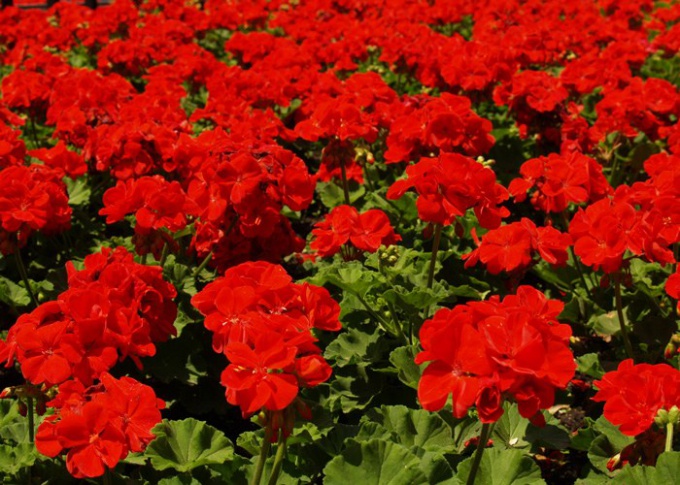 Related articles:
You will need
Instruction
1
Potted geraniums are propagated as cuttings and seeds. Sow pelargonium should be in January or early February. Before sowing mix the soil with equal parts sand, peat, turf and ground sheet and pour the mixture with a strong solution of potassium permanganate.
2
Spread the seeds over the surface, lightly sprinkle the ground and cover with a transparent cover or film. Seeds should be kept at a temperature in the range of twenty to twenty-four degrees every day, taking the cover and airing the container. Maintain a soil substrate in the wet state.
3
Geranium seeds germinate within one to two weeks. After emergence of four leaves raspakirati plants in separate pots. In contrast to seedlings of crops that get submerged in cotyledonary leaves, the geraniums should be planted at the same depth. The seedlings are grown in a lighted room at a temperature of from sixteen to eighteen degrees.
4
Hybrid geranium is better to propagate by cuttings, because of pelargonium grown from seed may not inherit characteristics of the parent plant. To obtain the cuttings, cut a few shoots with two or three pairs of leaves. This is best done in the spring.
5
The sections of the cuttings should be slightly dry and sprinkle with powder activated carbon. Bottom pair of leaves it is best to crop.
6
Pour settled water into a small opaque container, drop into the water a tablet of activated charcoal and place in water the cuttings. Every two or three days, change the water.
7
After the cuttings gave roots they can be planted in soil mixture, similar in composition to that which was progresivos seeds. To pelargonium blooming profusely, it should be kept in pots of small size, placing them in a well lit area. Summer pelargonium can be put in the garden or on the balcony.
8
For the formation of lush Bush plants, grown from seed, pinch out the sixth-eighth sheet, removing the growing point. Geraniums grown from cuttings-pinch out on the tenth sheet.
9
In the early spring have grown large geraniums pruned shoots, leaving three to five buds. It's a little postpone flowering, but will allow you to remove stretched out over the winter branch.
Is the advice useful?
Присоединяйтесь к нам
New advices