What is measured by the resistance 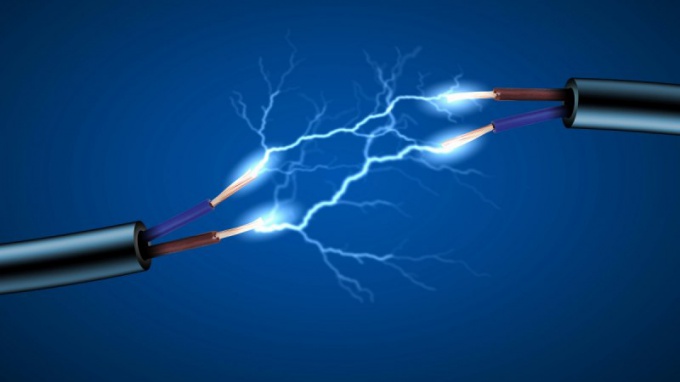 Resistance as a physical quantity

The electrical resistance of a conductor is a physical quantity, denoted by the letter R. the unit of resistance adopted 1 Ohm – the resistance of the conductor in which the current strength is 1 ampere at a voltage of 1 volt at the ends. Briefly write down this formula:

What is the cause of electrical resistance in conductors

If orderly moving in a conductor the electrons have not experienced any obstacles in their path, they could move by inertia indefinitely. But in reality this does not happen, because the electrons interact with the ions arranged in the crystal lattice of the metal. Their movement from this slows down and in 1 second through a cross section of the conductor is smaller number of charged particles. Therefore, the charge carried by the electrons in 1 second decreases, i.e., decreases the current strength. Thus, every conductor as though resists moving in this current, opposing him.

The reason for the resistance – collision of moving electrons with the ions of the crystal lattice.

What is expressed in Ohm's law for subcircuit

In any electrical circuit, a physicist has to deal with three physical quantities – current, voltage and resistance. These values do not exist separately in themselves, but are linked by a certain ratio. Experiments show that the strength of the current in the circuit is directly proportional to the voltage at the ends of this area and inversely proportional to the resistance of the conductor. This is Ohm's law, outdoor German scientist Georg Ohm in 1827:

where I is the amperage on the circuit, U is the voltage applied to the ends of the plot, R is the phase resistance.

The resistance depends on the length of the conductor, the cross sectional area and the nature of the material. The least resistance is typical of silver and copper and ebonite and porcelain almost do not conduct electricity.

It is important to understand that the resistance of the conductor, expressed from Ohm's law formula R=U/I, is a constant. It does not depend on current or voltage. If the voltage at this area will increase several times, at the same time increase the strength of the current, and their ratio will remain unchanged.
Is the advice useful?
See also
Подписывайтесь на наш канал