How to replace the timing belt on a Renault Megan"

Replacing the timing belt should be made not less than 60 thousand kilometers. A long drive without replacing fraught with belt breakage and repair of cylinder head. 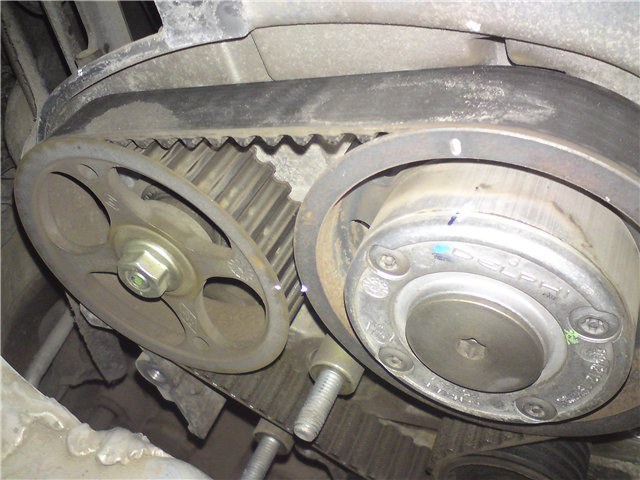 Related articles:
The timing belt needs to be replaced every 40-60 thousand miles. This is the optimum life span, longer to exploit the already unsafe. Excessive belt wear can occur cliff, which will result in the valves are bent. When the camshafts lose the connection with the crankshaft, there is a lowering of valves, they all are open.

The pistons also still continue to move by inertia, with the result that the force hit the valves. This is despite the fact that the metal of which the valve has a very high strength. To get rid of such effects can be made on the surface of the piston recess. They should be clearly under the flaps to breakage of the timing belt the pistons didn't hit valves. Breakage can also result in the emergence of micro-cracks on the cylinder head. As a result, the engine operation will be unstable.

What you need to replace the timing belt

First, you will need the timing belt. Look carefully to the new belt was not damaged. A small cut on its surface is a sure sign that the life he will not be big. Along with the strap need to replace the tensioner and idler rollers. Do not confuse them places, put the first compartment side and the second side of the radiator of the cooling system. Also need to replace camshaft plugs. Ideally, replacement of the pump of the cooling system.

Otherwise, it may cause leaks and backlash, again you have disassembly and repair. Better if you carry out all the work at once, don't delay for the future. You'll need a small set of tools. Keys and screwdrivers – is itself, in addition to these necessary restraints shafts (camshaft and crankshaft). If there is no such tool, you can make it yourself. Person who understand the principle of operation of such latch, it will be under the force.

How to replace the timing belt

Raise the Jack on the right side of the car and remove the wheel. Remove the bolts that secure the engine guard. After remove the cover, covering the timing belt and shafts. The power steering belt also remove it. If the car has power steering. Now you will interfere with only the alternator belt, so weaken it and remove. It is now possible to start removing the old belt.

Please lock the crankshaft, disconnecting the speed sensor and installed in the vacant window on the clutch unit wide screwdriver. She needs to get clear between the teeth of the crown. Before fixing the crankshaft need to set the first piston at top dead center. The camshafts need to put on labels and fix. Replace pump and install the new rollers. Now put on the belt and pull it.
Is the advice useful?
See also
Подписывайтесь на наш канал