How to remove stove Renault Megane

If the summer is impossible to imagine driving without air conditioning in the winter to be in the car without the interior heater, perhaps even worse. A small fault can cause system failure. And a small leak coming from the heater radiator will be a reason for dismantling the whole unit. 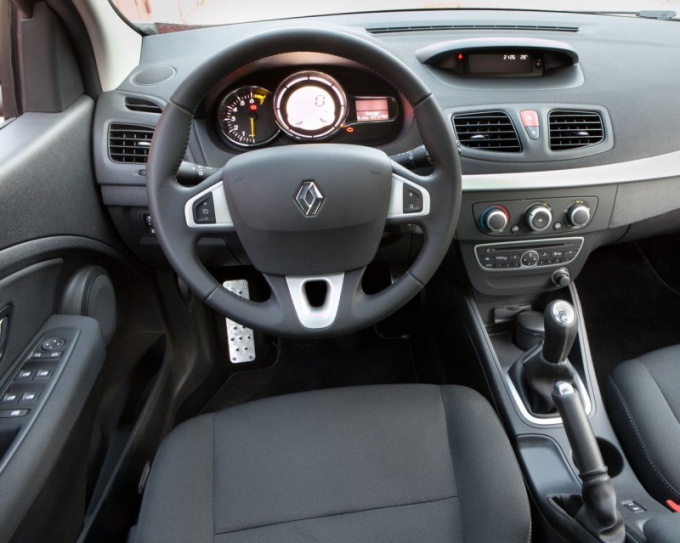 Related articles:
The role of the stove is difficult to overestimate, in the winter it is the most important element of all systems of the car. At the Renault Megan, like most modern cars, the stove is made in the form of a block mounted in the middle of the dashboard. The unit includes an electric fan rotating at different speeds. Also there is a radiator included in the cooling system through a special faucet connected by means of thrust with lever activation. Sometimes the crane is a motor, easily opening and closing the flap.

Removing the oven is necessary in several cases. The most common failure is the appearance of a leak in the radiator. The second is the failure of the fan. To repair it makes no sense, you only need to change to a new one. The third reason, less popular, is the failure of the baffles that control the flow of air. For Renault Megane air can be directed towards the feet of the driver with the passenger and torso, and face. You can also enable the flow of air on to the windshield in the winter it defrost faster.

The removal of the stove for repair

To start disconnect the battery, as it will have to work under the dash, and there is a lot of cable harnesses. From the body to the motor are two pipes that you can see them below. These pipes need to pinch, to restrict the access of coolant to heater radiator. To get access to the lower casing of the heater, you will need to remove the hatch cover. In the middle is the shield of the instrument panel, it is fastened with latches. When removing, be careful not to damage them.

If your car has climate control or air conditioning, the mode switch must be set in a position corresponding to the lowest temperature of cooling. After removing lid and all the air ducts running from the unit to the stove, carefully disconnect. For convenience, you will need to remove the mechanical brake and the gas pedal. Pads with wires running to the limit switches, move to the side so they do not interfere much. When removing the heater will have to disconnect two pipes coming from the tap to the radiator. Be careful, lay on the floor with dry rags and place a receptacle to collect coolant.

This method is good because you do not need to drain the fluid from the system. Only partially, in place of the repair - namely, from the heater core. After repairs need to assemble everything in the reverse order of removal. The last steps are the removal of the clamps from the pipes and installing the battery. Will have to top up coolant and bleed system. To do this, fully open the valve of the stove, fill with coolant and tighten the tube on the expansion tank.

After you start the engine and allow it to work for 5-8 minutes. Check the system for leaks, leaks. For Renault Megane cooling system hermetic type, works at low pressure. Air pockets that may have formed, go yourself, as the warm engine. To be sure, it is possible to crimp the tubes with your hands to speed up the process. And remember that you want to replace all the rubber seals when carrying out repairs, the old is better not to use.
Is the advice useful?
See also
Подписывайтесь на наш канал