What determines the blood group and rhesus factor of the child

Blood group and RH factor, the child inherits from the parents. Each of them conveys a child half the genetic information, when merging the paternal and maternal cells in the fetus, a new combination of genes, which accounts for its group and rhesus belonging of blood. 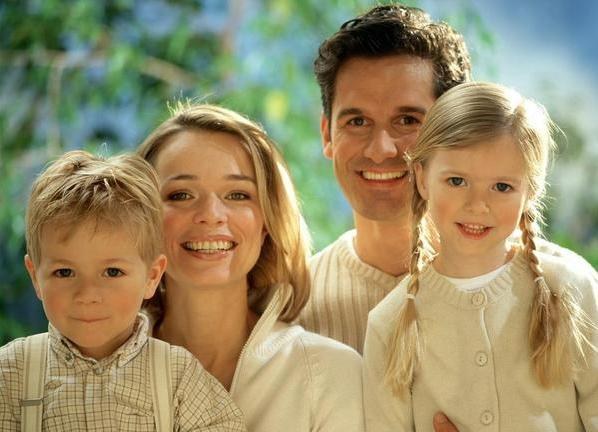 During the formation of sex cells during meiosis is transmitted over a single link of information, and when you merge parent cells in the ovum information connected to a single DNA, where each gene consists of a pair of signs. There are dominant traits, i.e. overwhelming and recessive – weak, which can occur only in the absence of dominants.

The AB0 gene, which is responsible for group membership, is located in chromosome 9 34 along the segment. In the gene may be dominant A and B or the recessive trait is 0, i.e. the lack of information on encoding glycoprotein A or B.

Parents with blood group gene is a recessive trait, i.e. 0 and such parents to their children always convey only 0. Father or mother with the second group can have one of two sets of genetic information – AA or A0, it turns out that the child will get A or 0. The third group is caused by the set of BB or B0, to the child of such parents will give B, or 0. But the parents of the fourth group of blood in your genetic code are in the set AB, and their generation can be transferred to any dominant - A or B.

Depending on which characteristics will merge into a gene in the child, manifested blood. If both parents will give the baby 0 it will be with the first group of blood, and the parents can have I, II or III group, i.e., any where one of the signs 0. In cases when both parents transmit A symptom or one of the parents passes A and the other 0 – the child receives a second blood group. Thus, it appears that group II the child can be inherited from parents with the second group, or from my mom with the I group and from the Pope with II or IV. The third group of blood is formed in the transmission from parents dominant trait B, the gene set can be BB or B0, i.e. the father or the mother can have the first group, then the other parent is III or IV, or both parents have the II, IV group. To inherit the fourth group kid can when he one of the parents will give A and the other B, ie should merge both dominant. This genetic code is obtained by fusion of gametes of parents with IV group, or when connecting dominants from groups II and III.

Inheritance of the RH factor

RH factor is determined by dominant-recessive trait, despite the fact that RH positive is dominant and negative is recessive trait. Depending on which genetic set inherited by the child, will manifest its phenotype. So, if the gene has at least one plus (positive sign of RH), the baby will have RH-positive factor. But the negative may only become apparent when you inherit two drawbacks, i.e. the absolute recessive trait.

Sometimes both parents have the dominant RH positive and the baby is born with RH-negative blood. This fact suggests that both parents are heterozygous and each of them gave the baby a recessive trait that could occur in parents, because they have a second dominant positive RH.

Often it happens that a child is born with identical blood group and RH factor of the parents. But this does not mean that he inherited the father's or the mother's blood. In this case, each of the parents gave the fruit half information, but it merged so that phenotypically like either parent. For instance, Mama III (BB) dad and I (00) gave the kid a set B0, and he will also appear third blood group as my mom, but the genetic code will be different.
Is the advice useful?
See also
Подписывайтесь на наш канал