Who has the most powerful shot in hockey

Powerful throws-the"clicks" in the North American NHL (National hockey League) and European-Russian KHL (Kontinental hockey League) is famous for many players. But to identify the owner of the heavy throw allow only a special apparatus and competitions in all-star Matches held once a year. The current record holders, each of which is proudly called the "world" are Slovak zdeno'hara and Russian Alexander Ryazantsev. 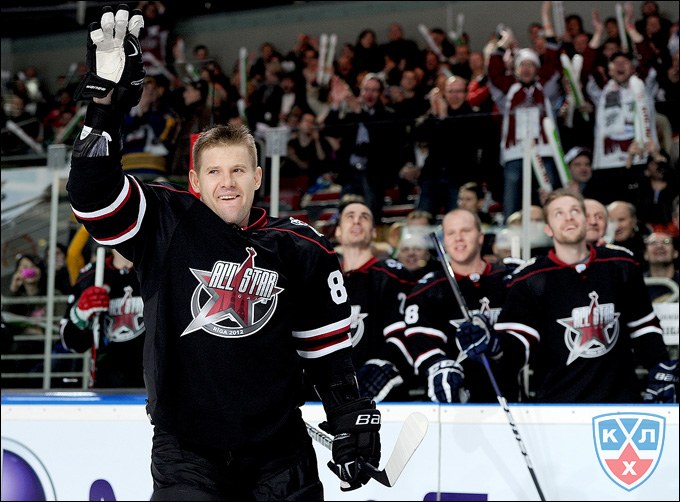 The all-star game in their current format appeared in 1948. Home to such show fights became North America, the NHL. Since 1990 the game of national teams of the two conferences of the National hockey League, the "West" and "East" began to dilute the various individual contests. Including for the most powerful shot champion which identifies a special device. The first winner was the American defender of canadian club Toronto maple Lifz" El Iafrati, let the puck with a speed of 96 mph (154,49 kilometers per hour).


Three years later, Iafrate set a record that lasted 17 years — 169,3 km/h has Improved this result, only the current sole leader — the captain of the Boston Bruins defender zdeno Jara has won five competitions in a row (2010-2014). Recent achievements of the national team of Slovakia with a growth of 206 cm was cast in the all-star game 2012. Shown device the result'hara — 175,1 km/h — NHL is recognized as a new world record.


The first "star UIK-end" of the Continental hockey League was held in 2009 in red square in Moscow. And the debut for the League masters competition, the most powerful of the click took place in the following season in Minsk. Ended with the victory of the defender of Moscow "Dynamo" and national team of the Czech Republic Karel Rachunek, who threw the puck at the speed 165,28 km/h. a year and a Half later Rachunek died in a plane crash along with other players Yaroslavl "Locomotive" flying to the game in Minsk...

The last four seasons, the leaders of the KHL by the force of the throw are the two Russian defender Denis Kulyash and Alexander Ryazantsev. Formally, in this correspondence competition while a draw since Kulyash was won in the ice competitions of 2011 and 2014, and Ryazantsev has excelled in 2012 and 2013. But a record shot, which, despite protests from the NHL, is also considered a global achievement, belongs to the latter.


It happened in the all-star game, held on January 21, 2012, when the player Yekaterinburg "Motorist" in a further attempt gets the puck with speed 183,67 km/h. Victory the following season, Alexander Ryazantsev, had already passed in Cherepovets "Severstal" has won with much less result. The device recorded the speed of flight finished at around 170,67 km/h Throws Denis Kulesha, speaking, respectively, for Kazan "AK bars" and Omsk "Avangard" with 2011 177,58 km/h; 2014 — 162,2.


According to experts, the fact that the owners of the most powerful shots in the history of world hockey are the defenders, called the accident impossible. While usually behind the main attacking line, and often, unlike forwards, not receiving active physical resistance, Kulyash, Ryazantsev and others have an opportunity to choose the position and aim. Then most strongly, with a mighty swing, hit the puck, trying not to touch the ice.


However, historians and statistics North American hockey and the NHL claim that the most powerful shot in the world many years ago has still made a striker. We are talking about the legendary forward for the Chicago black hawks and team Canada 1960-70-ies of the last century, Bobby hull, somehow sending the puck with speed 190,4 km/h. But since this was not in the all-star game, and recorded by record is not. Yes, and the hull on another title too did not insist.

Unlike the canadian Bobby hull, who played in 1182 NHL match, born March 15, 1980 in Moscow Alexander Ryazantsev in the strongest League in the world hasn't played any minutes. Although it was once considered one of the most promising young defenders of the Russian and world hockey, and in 1998 was selected in the draft, "Colorado avalanche". Then, trying to break into the first team, "Colorado", several seasons played in the North American teams from the lower leagues.


Worthy of respect and such title of the first "stick" of the planet Ryazantseva, as a bronze medalist of the world championship-2005 in the national team of Russia, winner of the world youth championship of 1999, the best protector and silver medalist of the same tournament-2000, winner of the European Champions Cup 2006. Having started his playing career in 1996 in the Moscow "Spartak" Alexander later played another 13 clubs, ten of whom were Russian. His last team Nizhnekamsk Neftekhimik.
Is the advice useful?
Присоединяйтесь к нам
New advices