How to throw the puck

Hockey is a wonderful game that requires certain skills and abilities. Finally you have possession of the puck and the opponent goal is close. Here the question arises how to throw the puck to hit the target. Decide what type of throw you will carry what suits you in a given situation. 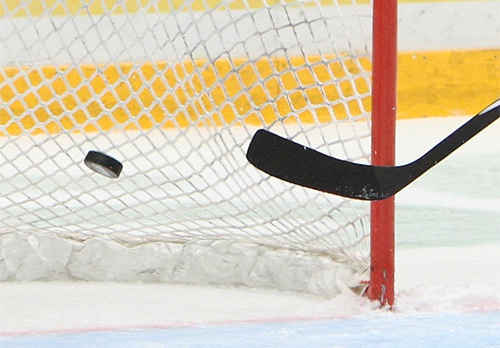 Related articles:
Instruction
1
Throw a long acceleration of the puck.Take starting position: stand sideways to the direction of the throw. Feet should be shoulder width apart, slightly bent at the knees. The puck position in the middle of the hook, the hook of the stick should cover the washer side surface.Move your body weight from foot that is a little on the back foot ahead of the standing. Twist your torso in the direction in which you throw the puck. Push the puck on the toe of the bend and repel. Puck gets the acceleration due to the accelerating movement of the arms and putter. With this impact acceleration of the washer will be about 80 cm During the impact give the puck top speed and set the desired direction of flight. After hitting the hook continues to follow the puck. It is necessary to give completeness to the shot and not to lose the selected direction of flight of the puck.
2
Throw a short acceleration of the puck.Strike a pose as if throwing a long acceleration of the puck. But in this case, the washer should lie slightly ahead of you.Strike the puck towards the goal. The maximum flight speed of the puck in this case is given by using multi-directional and rotational movement with the hands. The legs and torso do not play a special role and do not affect velocity goals.
3
The throw from an inconvenient hand.Take the initial condition. The torso should be positioned sideways towards the goal. Make sure that the puck was in the middle of the bend.Make sure that when throwing the "lower" the hand was dragging the stick, pushing it ahead of itself. Such a cast to perform not just because you are in a lateral position to the goal. But, having mastered it, you will have many new opportunities for hitting the target.
4
Examine what are the impacts. Usually the shot includes three phases: the backswing, impact and posledenee action.
5
Pay attention to this kind of impact, as a blow-dart. The main task falls on the sweeping movement of the hands. Such a blow does not require a lot of time to prepare, and very comfortable during the game.
6
Interesting view of the throw – pokidko goals. The same applies if in the way of goals there is an obstacle: the stick lying player.
7
Stand half-turned towards the puck. Legs bent at the knees. Rotational movement of the arms strike the puck. The altitude of the washer will determine the angle of the clubhead, under which were placed kick.
Is the advice useful?
Подписывайтесь на наш канал