The most popular bait for fishing

Fishing success depends on many factors: weather conditions, characteristics of the reservoir, the selected gear and of course bait. Despite the appearance on the market of fishing products of many kinds of options of baits for fishing, the most popular of them are the worm and the dough. 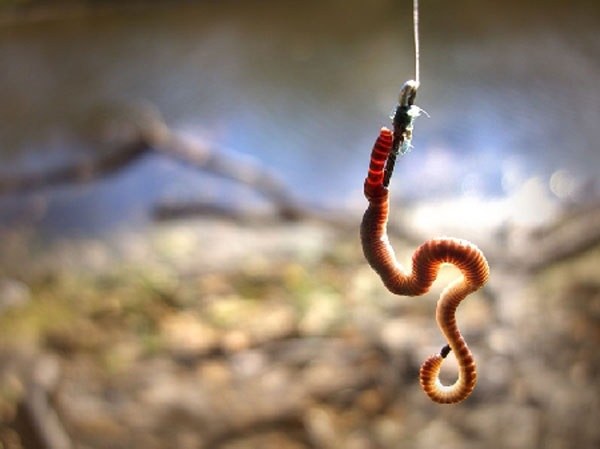 This kind of fishing bait is the most versatile. Therefore, the use of it allows the fisherman with an equal share to count on catching as very "peaceful" fish, and a ruthless predator.

The most popular bait of the anglers who choose to fish for freshwater, is considered a worm. It may be white earthworm that lives in the upper layers of the earth, and podlesnik", which can be found under fallen leaves and stones, and dung worm, which is equally biting well as small fish and very large specimens, as well as a large earthworm, or Nightcrawlers is the most effective bait when fishing for large fish, including catfish.

Widespread among modern fishermen got bloodworms. This bait is a painted red larva of a mosquito-dalconzo and is used for catching white (not predatory) fish. Although the toothy denizens of the waters, as a rule, also do not miss the opportunity to enjoy such a treat. Especially appreciated the bait in the form of bloodworms fans of winter fishing.

Both independently and in combination with other baits can be used screwworm is the maggot. It is sold at any bait shop, easily displayed in the home and is used mainly for fishing "peaceful" fish.

Often used by fishermen and such bait of animal origin such as grasshopper, Shitikov, chafer, cancer neck, lamprey, agrimony etc. Choose the bait for fishing, based on the taste preferences of the fish in the pond, and dimensions of the intended trophy.

Popular bait of a vegetable origin

The main orientation of the bait plant origin are considered white fish. Unlike live bait, the effectiveness of this type of lure depends on its correct preparation.

The most popular bait of a vegetable origin is the dough, which is based on wheat or rye flour, and as additional ingredients are egg, flavors and wool. The use of this ingredient for the preparation of bait eliminates the shaking test small fishes.

High performance shows, and steamed pearl barley, a cooking process which involves steaming of the barley and adding the aromatic ingredients. This bait is ideal for catching bream, IDE, Rudd, roach and carp.

The bait of cooked potatoes are biting well carp, crucian carp and barbel. The preparation of this fish delicacy is dice-cut potatoes, cooking and adding hemp oil.

Artificial bait is an imitation baits of animal or vegetable origin. For catching predatory fish on spinning fishermen using a rotating and oscillating spinners, wobblers, twisters and their variations. The most effective bait when fishing fly fishing tackle is the fly.
Is the advice useful?
Подписывайтесь на наш канал