Which gaming console to choose for the child

Game consoles are different from a gaming computer because they are more convenient and are focused only on games. There are many gaming consoles from various companies. In such consoles can play both adults and children. 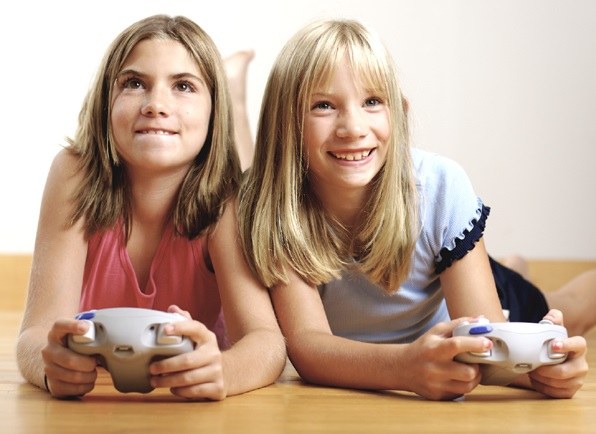 Related articles:
Instruction
1
When selecting a prefix, consider the age of the child. For kids preschool age (2 to 6 years) fit a simple children's portable consoles such as game Boy, Dendy, Sega. Games on these devices is very simple and will certainly appeal to children. For students 7 to 14 years to fit consoles PSP, PlayStation Vita and Nintendo Wii. These consoles support more serious games that will not be able to understand the children of preschool age. For teenagers from 14 to 18 years, in addition to all portable devices, also suitable for stationary consoles like PS 3 and Xbox 360. For these consoles produced games of high quality are allowed to play with children older than 14 years. Parents should remember that children (especially children under 14 years) can not play video games all day, as this may cause headaches, blurred vision and other ailments.
2
PSP, PlayStation Vita, and other portable consoles. These consoles are highlighted by small size, which allows you to carry them in your pocket. All portable consoles usually look like this: on the sides of the buttons, and in the center of the screen on which is reproduced the game itself. Some consoles are sold with pre-installed games, the number of which can vary from 10 to 200. Price of portable consoles is small, approximately from 1500 to 3000 rubles, but consoles from Sony are much more expensive, in the range of 10 000 rubles. In more expensive devices enables you to listen to music, watch movies and use the Internet browser and surf the Internet. Of the advantages of these devices, you can highlight the compactness and low price. However, for portable consoles developed games of lower quality than for stationary consoles.
3
Xbox 360 + kinect. Stationary Xbox 360 console was developed by Microsoft and released in Russia in 2007. For the console still being developed hundreds of video games that delight both adults and children. The console is sold at a price of 8 to 15 thousand rubles, the price depends on the kit. With Xbox Live, the parent will be able to track what games he plays the child and to place certain restrictions. In addition to Xbox 360 you can connect a special device – kinect. Kinect touchless touch controller that monitors the player's movements and transfers them to the game. There are a number of video games for the Kinect: Sports, Adventure and many others. The child, after playing such games, you will be satisfied. In addition, this is a great opportunity to support the muscle tone.
4
PlayStation 3 + Move. PlayStation 3 – fixed console from Sony. PS 3 stands excellent exclusive games and attractive designs. The cost of the consoles could reach 15 000. The range of games for PS 3 stands out for its quality, but not all entertainment is for children. Perfect kid games like Little Big Planet, the Lego series of games, Skylanders, Ratchet & Clank, and others. Sony has also developed a similar Kinect – a Move that will delight both children and adults. PlayStation Move – game controller that looks like a normal TV remote. Special camera PS Eye, which is present in the set Move tracks movements of the controller and transfers them to the screen.
Is the advice useful?
See also
Подписывайтесь на наш канал