Fish ROE has long been appreciated not only for its special taste and useful properties. There are plenty of dishes of milk, and in some countries this product is considered a real delicacy. 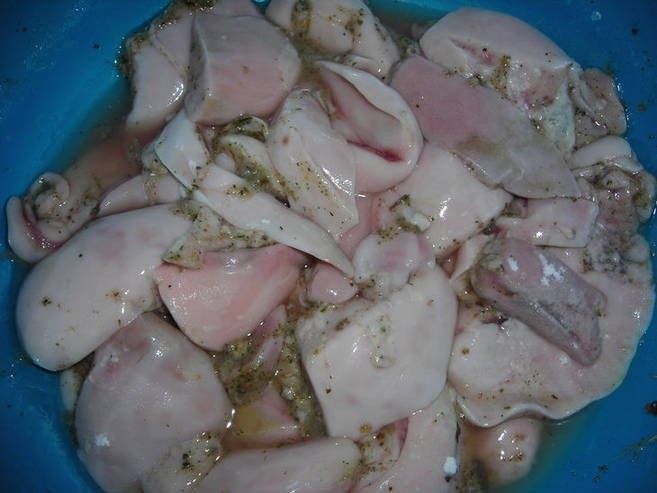 The benefits of the fish milk to health

Fish milk is good for both adults and children. Milk consist of proteins and fats and almost no carbohydrates. The product itself is enough calories in 100 g of milk contains approximately 100 calories. The fat contained in Molokai enriched with a variety of nutrients, including fatty acids of the omega-3 group. They are irreplaceable at diseases of the cardiovascular system, prevent the occurrence of stroke, heart attack, atherosclerosis and many other ailments. By the way, the highest concentration of fatty acids contained in Molokai sturgeon and salmon.

Proteins-provitamins contained in Molokai fish that can prolong the action of certain drugs. Interestingly, some amino acids can be isolated from the provitamins. For example, glycine promotes the active brain activity and is often used in neurology.

From sturgeon milt get salt DNA. But, solution of this salt, used by physicians as an immunomodulator. In other words, such a drug improves the immune system of the patient. Thus the solution Derinat is able to heal sores and wounds to prevent bleeding. Along with this, it is effective in viral respiratory infections, sinusitis, rhinitis and other respiratory diseases if you use it from the moment of infection.

Useful properties of fish milt is even applied in the cosmetology field. And milt, and eggs contain a great nutritional potential, which makes them a valuable tool to maintain youthful and healthy skin. DNA fish milt is present in many cosmetic products "Mirra Lux".

Extracted from fish milt substances are widely used in the manufacture of dietary supplements. For example, the drug "brain-o-fleks", which produces the company "VISION", included the ROE of the sturgeon. This drug can enhance performance, improve brain activity, concentration. And dietary Supplement called "Biosinol", which includes DNA from salmon milt used to treat stomach ulcers. In addition, it is effective in dealing with stress.

It should be noted that useful fish ROE be if they correctly processed and cooked. After all, with certain methods of cooking, most of the useful properties may simply disappear.
Is the advice useful?
Присоединяйтесь к нам
New advices