There are a lot of people take, which at an early period of pregnancy allows to determine the sex of the child. Of course, you can find it with the help of ultrasound is much easier, but this procedure will yield results as early as 15 weeks. 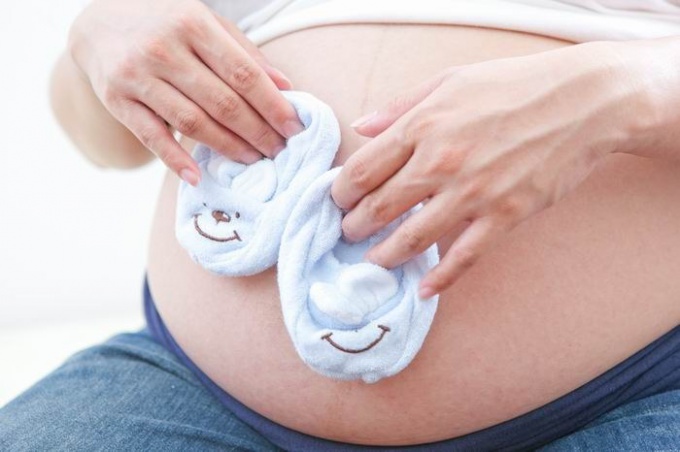 Related articles:
Instruction
1
One of the signs says that the girls "pull in" the beauty from their moms, especially in the first months. Changing skin tone, swelling and puffiness of the face, the appearance of various skin lesions that appear after conception may indicate pregnancy girl. Many pregnant women claimed that the child's gender in their cases pointed out the condition of the skin. They believe that if the skin is dry, scaly, covered with untidy stains, it clearly indicates the female gender of the child.
2
It is believed that during gestation the girls the morning sickness is very debilitating and long-lasting. The mother constantly with nausea and feeling unwell. However, if you are expecting your first child and you have nothing to compare, this sign is for you will be useless.
3
Mothers expecting girls demonstrate far more pickiness in food. They often manifest a fondness for citrus fruits, sweets and ice cream. While carrying the boy's taste preferences are quite different — meat, pickles and wine. It is noticed that mothers of future heirs without pleasure eat meat, fish and bread crust, and the appetite they are much worse than mothers of boys.
4
Form, the abdomen may indirectly indicate the sex of the baby. It is believed that if a woman is pregnant girl in the first place she swims waist, so it is an interesting situation can be seen even from the back. According to the signs of pregnancy girl stomach is high enough, has a rounded "blunt" form, even if you get far ahead.
5
It is noticed that girls most of the time in the left part of the abdomen, pushing their mom to the liver. Usually the girl's heart beats much faster than the boy's heart. The pulse rate is about 140 beats per minute or even more.
6
It is much easier to determine the sex of the unborn child, women who give birth again, because in this case there is nothing to compare. If the pregnancy is not too different from the current experience, rather, the sex of the baby will be the same as in the previous case. If the difference is felt probably the baby's gender will be the opposite. Naturally, that pregnancy comes in different ways, depending on the sex of the fetus, because in the early stages of the female or the male fetus secrete different hormones that are released into the bloodstream of a woman and affect her health.
7
Recently, scientists have concluded that thin women are more likely to give birth to daughters, this is because the fruits of the female are much more resistant to various adverse conditions, which include underweight pregnant.
Is the advice useful?
See also
Присоединяйтесь к нам
New advices