Why is pasta called pasta

Italian pasta, or pasta known worldwide. They are manufactured from flour of durum wheat and water, do not harm the figure and are a separate dish. 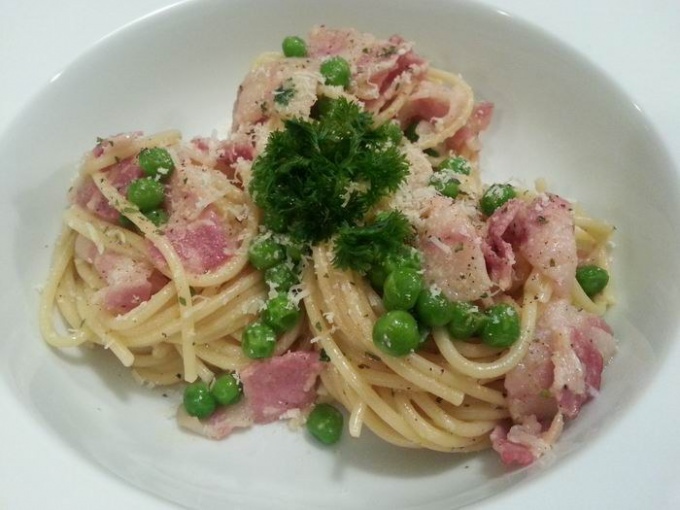 Related articles:
From the usual macaroni pasta, first of all, the raw material of which it is made. In Russia until recently it was not customary to cook pasta from flour of durum wheat, which could affect their appearance and taste. In Russia, the pasta is often considered a dish second-class citizens, fit only for garnish. In Italy there is a huge amount of separate dishes based on pasta.

The word pasta in Italian means "dough". Pasta the Italians call a long and thin hollow tubes of dry dough, that is, from their point of view, pasta is only one of the varieties of pasta. The word "pasta" is likely descended from Sicilian slang maccarruni, which means "processed dough", however, there are other versions of the origin of this term, for example, some linguists believe that the word "pasta" comes from the Greek adjective makares, which means "blessed" and macros is "long". According to this version, the word "pasta" appeared in the kitchens of rich Italians, for which they prepared the food cooks the Greeks.

Until the mid eighteenth century, most of the pastas were made by hand, and submitted it with a special honey sauce and sugar. By the mid-eighteenth century Italians invented simple machines for making pasta, which immediately led to the reduction of its cost. As a result, the paste became available to almost the entire population of Italy, it was from that time she is considered a national Italian food.

Pasta as a separate dish

In Genoa, which is the birthplace of perhaps the most well-known types of pasta — spaghetti, there is a Museum dedicated to this food. It contains a huge number of items that has anything to do with spaghetti, from demo copies 180 different pasta to a notarial deed, established on 4 February 1279, the year which confirms the existence at that time culinary products under the name "macaroni". In this Museum a special place for the books with all sorts of recipes for seasonings and sauces.

It should be noted that the pasta differs not only in form but in colour. Through the use of natural dyes, the Italians paint a favorite national dish in a variety of colors. Popular green pasta (with added spinach), red (with the addition of beet or tomato) and black (in this pasta add cuttlefish ink).

Italians cook pasta to "al dente" or "to the tooth", not bringing it to full readiness. Most often after that it for a couple of minutes warm up with the prepared sauce. Depending on the shape of pasta can be combined with different types of sauces. It is believed that varieties of sauces, there are more than 10 thousand. The basic rule is the thicker and shorter the pasta, the thicker should be the sauce.
Is the advice useful?
See also
Подписывайтесь на наш канал