Is it possible to cut a child under one year parents

Cut the kid is a big issue for parents and one of the pressing problems in the care of the baby. On the one hand, nothing wrong with this desire-no, but traditions say that to cut the baby best when he turns a year. 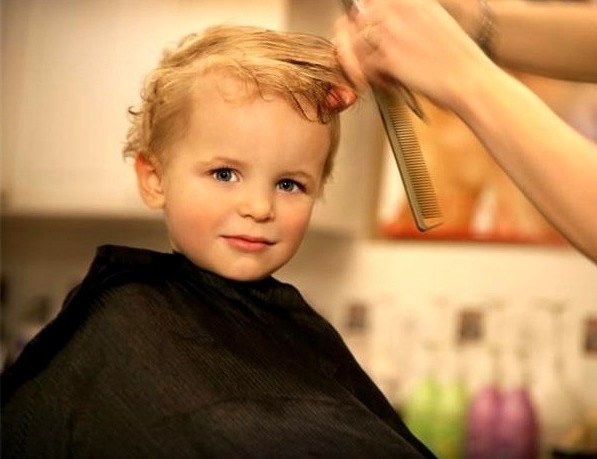 Related articles:
When the baby is born, everything is new. The first toy, the first independent sounds. In his body, too, is changing. Over time, change eye color, there are hairs on the head. It hair somehow become a stumbling block for many parents and grandparents. Some say to cut the baby in any case not up to a year, others say that hair should first be sure to remove.

When to cut hair kid?

The first hairs appear in the baby immediately after birth or he is with them and appears. Even a fluffy is able to protect the baby's head from cold and damage. Over time, the primary lanugo falls out and the baby's head appear quite normal hairs. Final change of hair occurs in the period from 4 months to a year. To cut the child before the onset of the year, and does not need his hair is not so long and thick, to prevent day to day Affairs. However, if the hair grows very quickly, begin to curl, to go into mouth and eyes, disturb during the meal - of course, is the child to be cut for his own safety and convenience.

Whether to shave it off?

Some of the parents and the older generation has formed the opinion that cutting a child under one year can not, then you definitely need to shave your head. In this opinion the mixed the ancient traditions of the Russian people with the wrong interpretation of them. The fact that earlier in Russia children who were one year old did not cut fully, and certainly not shaved. They cut off a lock of hair, wrapped it in a cloth and kept behind the icons. This was done to protect against evil spirits and misfortune. A lock of hair were returned to the young man when he went into the army, and the girl - when she got married. This was done for luck in the new life and salvation out of trouble.

Today hardly anyone follows this ancient tradition of preserving the hair of the babies. It takes a rather different turn when the parents are sure to mow the child only a year and it is best to completely deprive him of his hair. Supposedly this will help the hair become stronger and thick. In fact, nothing like this happens. The structure of the hair of the child it is impossible to change, completely removing them from the head. Maybe remove the remainder of the child gun and really grow normal hair. But it's better that this process was gradual, natural way. In addition, the clippers may scare and hurt the baby, and she cut it off would deprive him of the crown required protection from cold and damages.

So to cut the child at any age, but this should be done carefully so as not to hurt the baby and not to spoil its beauty.
Is the advice useful?
See also
Присоединяйтесь к нам
New advices