How to shave child

Young children usually shave at the age of one year, when spring is already overgrown. It is believed that after shave "fluff" on the head, hair grow better. It's a pretty controversial statement, but if you do decide to shave, do it very carefully. 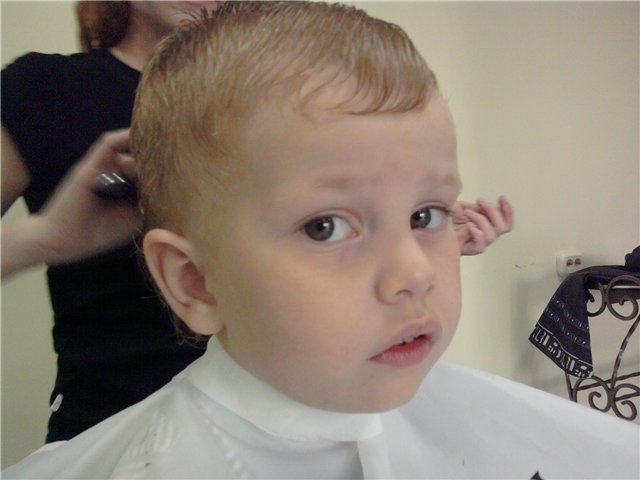 Related articles:
Instruction
1
Trim child car. Try to seat the child so that the child did not. A sleeping baby, of course, to shave would be problematic due to the fact that the machine makes a lot of noise. You can enable him with quiet music or a story, to slightly move the vector of attention from the haircut. A machine to shave the child is unsafe, as it may damage the scalp, which the child is very thin, and the hair follicles too. After cutting, clean the baby's head colorless antiseptic or burdock.
2
Go to the hairdresser. Easier to trust to a professional shave. But since this is still a small child, it is desirable to give it in the hands of a friend of a hairdresser. Or at least experienced, because there are such "masters" who for one haircut can scratch several times in the head. It is unlikely that you want your baby did. So the pre-talk with the hairdresser. Ask whether he has the experience of the haircut and how he could do it.
3
Again think about how much you need to shave the baby? If you want to shave the baby because the weather is hot and the skin under the hair decomposes, then the haircut is worth considering. You can also shave, if this is dictated by cultural traditions where you live.However, if your only argument in favor shave – after haircut hair grow better", then this idea should be abandoned. Rather, scientists have found that the density and color of the hair depend on the genetic disposition of the child. Hair follicles are formed during pregnancy in the womb, so it would be naive to assume that you will help the child to acquire a luxurious thick hair, only popiv it. In addition, haircut bald at a young age can scare a kid, so when any cuts, he will be afraid and cry.
Is the advice useful?
See also
Присоединяйтесь к нам
New advices