I'm sure many PC users tried to install multiple desktops in Windows 7 or Windows 8, because it is very convenient if one computer has several people. 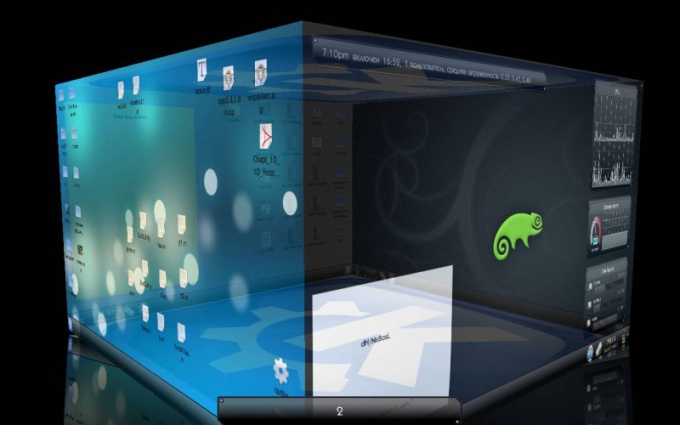 Related articles:
Perhaps, first, it is necessary to tell about some of the benefits of this procedure. Multiple desktops does not occupy too many system resources, and if you use multiple tables, then your computer will not be stronger to boot from it or hang. It should be noted that users can configure each desktop so that they want. On each of them you can change background image, set your own shortcuts, etc. So that the user can optimize each of them for some specific needs. For example, the first will be used solely for the operation and it will store some text documents. The second table in turn can be used to store some games, pictures, videos, etc.

Unfortunately, to create several working table without special software, the user will not work. For this useful program dexpot or Desktops (there are other analogues). Each user can choose for themselves the most optimal variant.

Dexpot has the following advantages, it: localization, regular software updates, support for modern operating systems, many settings and hidden work through the tray. So, in order to create multiple desktops through this software, the user needs to download it and install it. This starts a small window in which you want to choose "Settings". In the General tab, set the number of desktops, and the user should choose the one that will be loaded when you start the OS. In the tab "View" you can change the personalization of desktops. After the appearance is properly configured, you can open the tab "Switching tables" and choose the way to switch between them, choose whether to sound the same or different shortcuts on the desktop etc. After saving, everything will be ready to use.

Desktops is a software application designed by Microsoft, is also designed to create multiple desktops on your computer. This program also minimizes and runs in the system tray. It has quite simple and intuitive interface where the user only has to specify a way to switch between desktops. Immediately after that, he can use two to four desktops. Switching is done via selected hotkeys or using the icons Desktops.
Is the advice useful?
Присоединяйтесь к нам
New advices