How much is nebulizer

With the development of high technologies in people's lives are coming more and more new devices of different type and purpose, including medical. To alleviate the suffering of the patient, improve his condition, invented a variety of different apparatus, for example, such as an inhaler is the nebulizer. It is very simple to use and can be used at home. 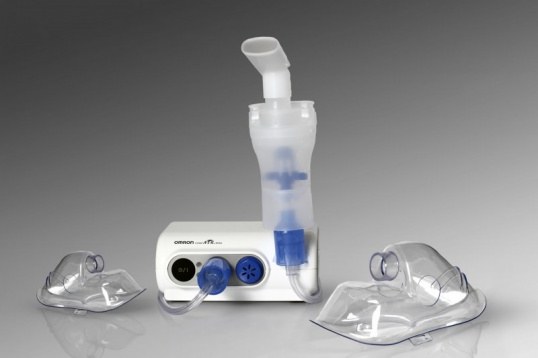 Related articles:
A nebulizer is a device by which conduct the session for urgent therapy during exacerbation of asthma, laryngitis and other diseases, seizures which can cause choking. In addition, it is used in the treatment of catarrhal diseases accompanied by accumulation of non-separated sputum in the bronchi and lungs. The first nebulizer was mentioned in medical records Dating back to 1874. Of course, he was nothing like the modern counterparts, but the essence of his work was the same as at present – it turned liquid drug into an aerosol that is sprayed with it.

The advantages of therapy using inhaler-nebulizer

Advantages of treatment using such devices is obvious – medical drugs have a local impact without damaging the internal organs. High pressure created in the device, the liquid form of the medication is converted into mist, which enters with the air into the respiratory tract of the patient and liquefies phlegm, stimulates the bronchi.

For therapy sessions with a nebulizer use expectorant, broncho-expanding drugs, relieving spasm during asthma attacks. Many of these drugs, when taken orally, have a negative impact on the blood, heart, kidney and gastrointestinal tract. Local their use eliminates the occurrence of side effects and complications. Besides, getting thus into the human body, drugs begin to act much faster.

How much is a nebulizer and how to choose

A range of nebulizers in pharmacy chains is great and simple man, not having medical education, it is very difficult to decide which type of device suits his needs. Before you decide to purchase inhaler-nebulizer, you should consult with your doctor. The value of this device varies from 1.5 to 4 thousand rubles, depending on performance and intended use. Inhalers for spraying solutions based on essential oils are more expensive than the inhalers for a simple water solutions.

For each kind of disease need to choose the device with a certain type and speed of spraying of the drug. The great value has the intensity and the frequency of use of the device - if it is supposed to be the active application, it should give preference to the more expensive options, which tend to be much more durable than their cheap counterparts.
Is the advice useful?
See also
Присоединяйтесь к нам
New advices