"The Gaza strip" — the Soviet and later Russian rock band called almost one of the first punk groups. It was created in the city of Voronezh on 5 December 1987. Its founder was Yuri klinskikh, songwriter and music that later became known under the name of Hoi an. 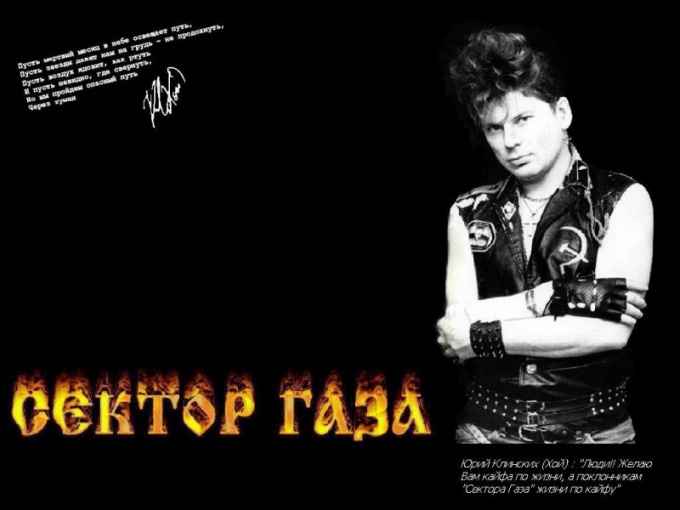 The origins of the name

The team name was borrowed from the industrial left Bank district of Voronezh. Because of the abundance of different plants, the sky above this area was always very smoky and the local people jokingly started to call the area of the Gaza strip.

Yuri was talking about the name of the team: "...well, this is purely a local name in Voronezh, where there was a rock club to which we belonged. It was in a very smoky area, and I called the "Gaza strip". And we in the club always played, and since I lived near there in the area, the group I named as "Gaza strip." A purely local name, I didn't think then that we would roll. I thought we play, and this will all end...".

Other team members added that in the period of time a very common story, the media was the same name of the Palestinian region, which was then a "hot spot". According to them, it also influenced the choice of name for the team.

However, the name was chosen not at once. Yuri was a list of possible names for the team and he chose him out of two dozen probable.

The style of the team

Originally the song Yuri klinskikh was almost descriptions of the life of the lower classes of society, depict the life and habits of the inhabitants of impoverished villages. And descriptions of these were incorporated in the form of profanity and jargon. To determine the style in which the team was Yuri himself came up with the exact name – "kolkhoz punk".

Probably its originality and distinctive colours adopted by the youth for the manifestation of the rebellion, the group gained its first popularity. The first albums of this group were passed from hand to hand and copied on an old tape for many times. And, despite this, for a long time the band had not performed outside of Voronezh, and its members were practically unknown.

In the period from June 1989 year and in April 2000 the band released twelve Studio albums, including the rock-the tale of "Koschei the immortal", and a Remix album.

Since 1996, the year, Hoi revising the style of the musical direction of the band and changes the presentation of the material. Songs of the period were much more serious and deeper, and spoken and profanity of them disappear. However, this change goes unnoticed, and the "Gaza strip" is still associated with most of the audience with vulgarity.

The band lasted thirteen years and broke up after the death of Yuri klinskikh in 2000-m to year.
Is the advice useful?
Присоединяйтесь к нам
New advices