Can a hamster eat the other hamster

Many hamster owners often experience a shock when watching one of the Pets eats the other. Seen usually causes the desire to get rid of the animal, although such behavior is often easily explained. 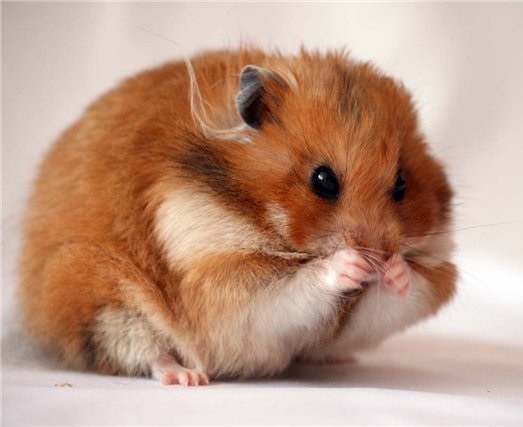 Related articles:
The manifestation of cannibalism in hamsters cannot be called common, but such incidents are still taking place. The main reasons for such behavior, there are several.

Young female hamster sometimes eat their young, completely or partially. The reason for this behavior is quite simple: during lactation, the female needs to consume a large amount of moisture in the form of water and green feed. If at the time of feeding the female hamster does not provide abundant drink, milk secretion will be disrupted, so that the young will begins to suck in the nipples, thereby causing great pain to his mother. The female in such cases, getting rid of the offspring to avoid pain. For preservation of offspring, it is recommended to intensively monitor the diet of the mom-hamster: if she's going to have ample greenery and water, the cubs will remain unharmed.

The father hamster was eaten by their offspring

Cases of eating the male offspring are not as often but they still occur periodically. The reason for this situation is the usual jealousy of the male to the female: the one busy all the time feeding offspring and care for them, she becomes more aggressive towards the dad a hamster. To avoid this behavior is to move the male to another cage immediately after the appearance of the offspring.

Cases of cannibalism between the two adults most rare. Hamsters are inherently peaceful herbivores, so their aggression has nothing to do with the motives of hunting. The reason could be a small living space, causing your pet a lot of discomfort that causes him to fight for territory. Hamster you must have free space that is ten times superior to his own size. In some cases, hamsters can have their own kind due to severe hunger: these rodents are very voracious, so timely feeding is very important. When the content of several hamsters in the same cage it is necessary to monitor a sufficient amount of feed, or to relocate the animals. Another cause of cannibalism can be a same-sex hamsters in competition during the mating season. Not to be a witness unpleasant picture it is necessary to include same-sex hamsters in different cages.

It is important to remember that hamsters is quite unpredictable creatures who prefer to conduct secretive nocturnal. It is also important to protect their Pets from stress: excessive noise, sudden change of environment or type of food. If you provide the hamsters spacious accommodation, variety of food and timely cleaning of the cage, the risk of one hamster eating the other significantly reduced.
Is the advice useful?
See also
Присоединяйтесь к нам
New advices