The most beautiful Orchid in the room – the flowering of it. Every owner of orchids looks forward to the happy moment when the plant begins to produce flower stalks to enjoy the elegance and grace of flowers-butterfly orchids. 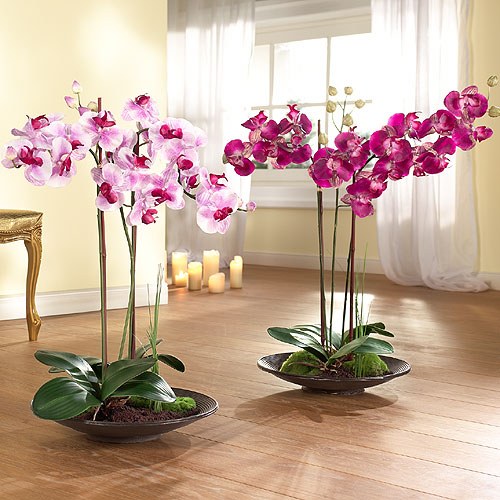 Related articles:
Instruction
1
Flowering orchids can last up to four months. Particularly large specimens did not produce a single peduncle, but three or even four. And each of them a set of buds that gradually, day after day open up and turn into beautiful flowers. What are the conditions you need to follow to Orchid released the maximum number of stems, and flowering was abundant and long?
2
With a few techniques you can force the Orchid to produce a flower spike and to bloom. A crucial role is played by the watering of the plant. During the year to water orchids need only after complete drying of the roots. In autumn and winter the interval between waterings should be more in the spring and summer – less. To stimulate flowering, it is enough to dramatically increase the intervals between waterings. If the stems you want to get winter for a week in the summer – 4 days.
3
While creating the effect of artificial "drought" are not carried out, not only the glaze, but sprinkling and feeding are also excluded. A healthy plant has enough month to get tuned in such conditions to bloom and produce a flower spike.
4
After the release of the peduncle irrigation mode is changed to normal and the plant is given a fertilizer. If the spike appeared in winter or autumn, for successful flowering plants need supplementary lighting. To stimulate flowering makes sense only strong and healthy plants. Sick, weak orchids it is better to give time to gain strength.
5
If the Orchid is more than a year does not want to release the stem, then it is not enough light to flower buds woke up. Also the probability of flowering is reduced when the content of orchids at a temperature of more than +25°C, the most favorable temperature for the Orchid +20-22°C. a Glut of fertilizer, especially nitrogen, also slows the release of the peduncle. Stimulating flowering orchids, it is better to do it once a year in winter. From the summer flowering, it is advisable to give up, not to weaken the plant. And if the Orchid will release simultaneously stems and new leaf to give the plant to choose what it prefers to develop.
Note
Feature of orchids is the fact that the laying of the buds they have going on with the growth of the peduncle.
Useful advice
You must remember that orchids do not have a pronounced period of rest. The Mature plant can bloom twice per year, and may fail to bloom never, if due to the lack of rest period will not have time to gain strength, to grow new aerial roots and leaf mass.
Is the advice useful?
See also
Подписывайтесь на наш канал