How to change the clutch in "oke"

The clutch is a unit, which is designed to facilitate the management, to make starting off and changing gears is perfect. Replace the clutch unit on the Oka river not much different from replacing a nine or a ten. The dimensions of the vehicle only smaller. 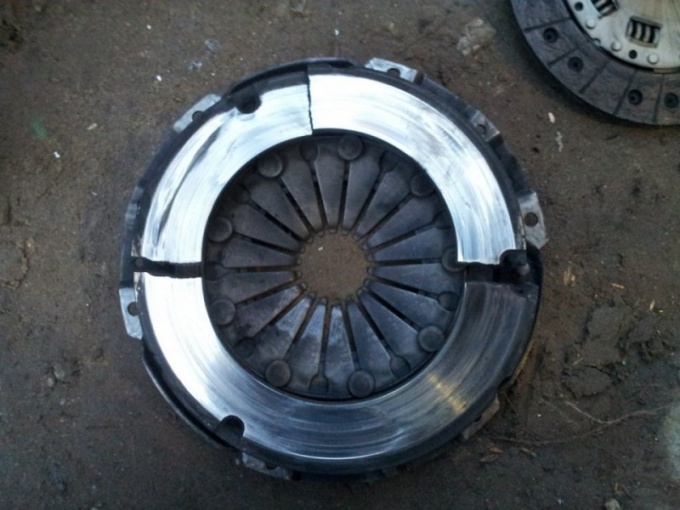 Related articles:
The clutch in the car you need to disconnect the gearbox and engine. For smooth starting and to facilitate the switching speeds necessary to break the link transmission from the engine. Try to drive without the clutch? Of course, having certain skills, and you can move, and make the gear change. But it will be quite hard to do. In addition, the load, as the engine and box, increases several times. There is a rapid wear of the gears and shafts.

What is the grip Oki?

Let's start from the pedal and go to the very end. First, on the Oka installed cable actuated actuator. It has several advantages. For example, low cost, easy maintenance, ease of replacement, durability. Second, the clutch unit disc, as on most modern cars. Multi-plate types are used, as a rule, on the motorcycles.

Master and slave drives is block – based. Presenter (cart) is screwed on the flywheel fixed on the crankshaft of the engine. But the slave is mounted on the input shaft of the gearbox using only a spline connection. Another detail node release bearing needed to push the slave disk from the master. The bearing moves on the shaft and rotates freely.

Before starting work, disconnect the battery and drain the oil out of the box. Without it will be easier, but the procedure can not carry out, in careful disassembly will not lose a single drop of oil. To remove the box anyway, can not do without it. It is most convenient to carry out the repairs in the pit, the ramp or lift. However, if even a small jump will be, you can perform the removal.

The first thing the front of the car raised, mounted on a stand and remove the wheel. You need to remove the CV joints from the transmission, to do this, Unscrew the ball joints. Please note that grenades should be removed one at a time. Took the first one, in its place installed the plug, only after that start removing second. Otherwise you will be trouble – differential pinion will fall into the body of the box. Will have to take it apart and waste a lot of time on Assembly of gears.

When you remove the box, you can begin to replace parts of the clutch unit. First, remove the basket, which is fastened to the flywheel with six bolts. Note that after removing these bolts re-installed. In the basket is the clutch disc. To replace effectively all the parts, then can not go wrong. Don't forget that after installation, disks do not immediately tighten the bolts, first you need alignment. And don't forget the release bearing. A small thing, but if it starts to buzz, then you will blame yourself for not changed it. The sound is, frankly, not pleasant.
Is the advice useful?
See also
Подписывайтесь на наш канал