Which flows into Oka

Oka, one of the most important rivers of Russia, falls into the Volga in Nizhny Novgorod. The confluence of two great rivers called Arrow and available for viewing from the highest places of the city. 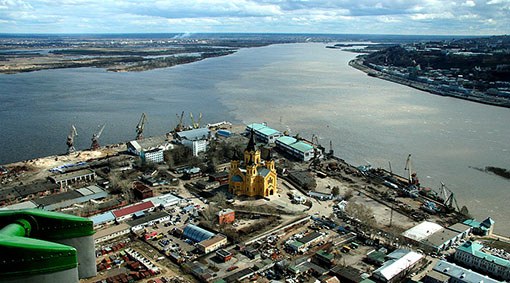 Related articles:
Throughout upland carries its water Eye. Beginning with a spring in the Orel region, it absorbs water tributaries of orlík, Moscow-river, Ugra, UPA, Klyazma, Sturgeon, Teshi, many other rivers and streams. Gaining strength and hurries to Nizhny Novgorod for a meeting with the Volga.

Eye her right and most full-flowing tributary. The total length of the river is about one and a half thousand kilometers. The waters of the Oka irrigate Tula, Orel, Kaluga, Vladimir, Moscow, and Nizhny Novgorod oblast. For the length of the Eye longer than the Volga river in 187 kilometers.

River water is replenished primarily by snowmelt, rain, rivers, rivulets, flowing from the lakes. So Oka water depends on the ecological state of the area. The springs doing their share of the shared water piggy Bank, but it is not the main source of the affluent of the Oka. Oka springs are renowned for their medicinal, almost mystical power.

To verify this, simply visit Moore. Still gushes out of the ground a spring, according to legend, cured and which gave strength to Ilya Muromets.

The river is not everywhere deep and wide for navigation. There are locks for the passage of vessels. Especially the busy river traffic from Ryazan to Atyrau. A vessel carrying cargo, tourist ships, ships and boats – navigation on the Oka river open from half of April and lasts until the first frosts.

The current is rather strong, powerful, and water tempted one shore, then the other. Therefore, the coast on one side steep, washed away, with crumbling clay, and on the other, as a rule, shallow, sandy. Approaching the confluence with the Volga, the Oka is shrinking.

At the highest the river, near the confluence of the Volga river, was founded the city "at the mouth of the Oka." It was founded by Prince Yuri, baptised George Vsevolodovich. His grandfather, Yuri Dolgoruky - founder of Moscow. The name of the city received later in the 13th century, "New city on the lower Oka" in Nizhny Novgorod.

Arrow is the meeting place of two great rivers, since ancient times highly prized for its strategic location and was populated by different tribes: muroma, Meshchera, Mordva, even before the Bulgars.

Comfortable the hilly area on the high Bank of the Oka river at the confluence of its waters into the Volga, the times changed its owners. This place was going and squads of Russian princes for joint campaigns on the Eastern enemies.

The Foundation of the new city set the final domination over the territory of Russia. And it was a seminal event in 1221. Frontier Fort became an Outpost on the borders of the Russian principalities, the collateral security from the attacks of warlike tribes.

Nizhny Novgorod is the third city of Russia in size, and this significance is due mainly to the advantageous economic location.

Oka slowly pours its streams to the Volga in the region of Arrows in the Central and most beautiful place of the city. The meeting of two great Russian rivers - is a Regal, majestic sight.

From the upper Volga Embankment, situated on the high Bank of Nizhny Novgorod, visible boundary of the mixing water. The blue water of the Oka mixed with a yellowish waters of the Volga. Connecting, the two great Russian rivers become the main artery of the country, take one name - Volga together and continue its run to the Caspian sea, giving life to the fields, cities, villages, steppes and fields of Russia.
Is the advice useful?
See also
Присоединяйтесь к нам
New advices