What does the sign of the pyramid with the eye

The pyramid with the image of her eye is one of the most mysterious characters. It can be found in ancient Egyptian sources, and in quite modern. The existence of a long sign indicates that it is not a simple invention of the ancient artist. 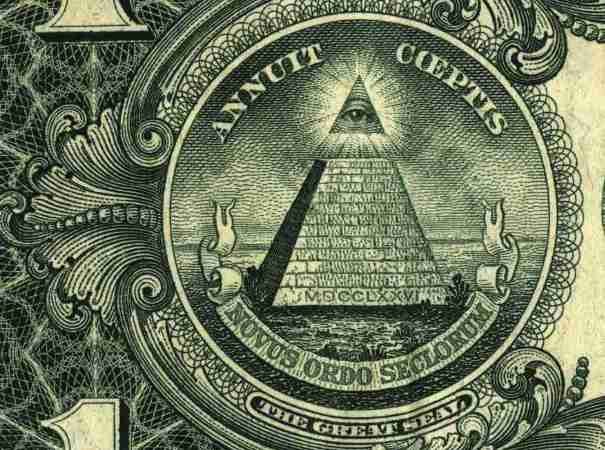 The image of the pyramid with the eye is found in two variants. Classic Egyptian version is simply a pyramid with the eye on one side. But more famous was the second option in the truncated pyramid hangs its top, on which is located the eye. In this diagram you can see the deep symbolic significance: the top separated from the base, it is present all-seeing eye. A small upper part dominates over the whole – this idea is dominant in this image.

The symbolism of the pyramid with the eye is clear, but where did this symbol and why is there in our time? Most often, this symbol is associated with the masons, the mark of the prisoner in the triangle the all-seeing eye known to them as "Radiant Delta". It is believed that the Freemasons borrowed the symbol from Christianity, where the triangle represents the Trinity, and the eye - all-seeing eye of Providence. But this symbol can be met before Christians, he was known in Egypt as the "Eye of Horus" (Choir, RA). However, despite the change of cultures, the symbolism of the mark as the all-seeing divine eye is unchanged.

The easiest way would be to assume the presence of an eye in a triangle on the same one-dollar bill the United States is a symbol of the masons, but the reality is more complicated. There is an obvious difference between "Radiant Delta" - the eye in the triangle and all-seeing eye above the truncated pyramid. That is why the second sign is quite often associated with one of the most mysterious organizations – Order of the Illuminati. Its members called eye in the triangle "Gnostic Eye of Lucifer" or "all-Knowing eye." The symbol is directly linked to World government – a group of very powerful people secretly ruling the world and guiding its development. Confirmation of this variant can be found in the image of the pyramid on the one dollar bill the United States. At its base you can see the inscription MDCCLXXVI, Roman writing means 1776. It was in this year was founded the order of the Illuminati (also the year of recognition of independence of USA).

An interesting symbolism is the number of levels of the pyramid. To the cut vertex has exactly 13 layers, which symbolizes the 13 times for 13 years. It's 169 years, that's how much time the Illuminati were preparing for the seizure of power – from 1776 to 1945. This is followed by the gap between the truncated pyramid and its raised top, it is called the "Second era". Is 26, or twice at 13. The beginning of an era - 1945, the end – 1975. Finally, the elevated top of the pyramid with the image of her eye is called the "Third age" and lasts 39 years, or three times for 13. Its end – 2010. After this date, the power of Illuminati is becoming all-embracing, nobody in the world is no longer able to challenge that they create a New World Order. This phrase is Novus ordo seclorum is printed under the pyramid on the one dollar bill the United States.