Why hot outlet on the washing machine

Overheating of the outlet to which is connected a washing machine, you need to resolve as expeditiously as possible: this will help to avoid additional costs and hassle in the future. Basic repair consists in the tightening screw contacts, will not take much time but will help you forget about the overheating problem. 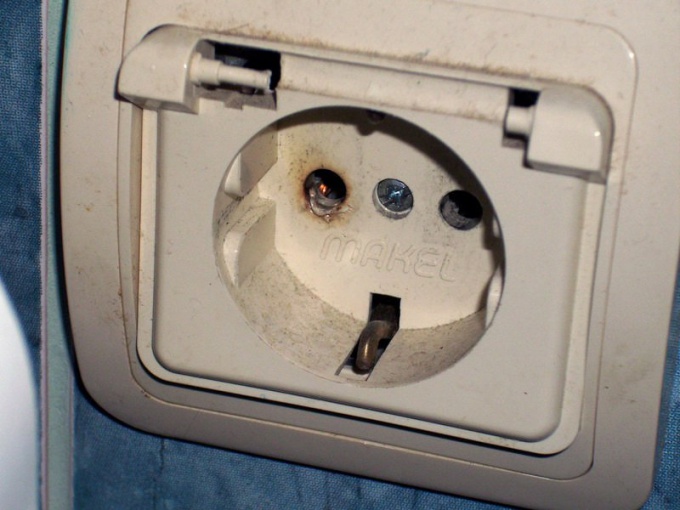 Related articles:
The reason for local overheating of electrical connections is often poor contact. For a more precise definition of failure must be carefully observed: the power outlet is hot all the time or only in case of switching electrical heating element. Heating plug connection with high power consumption is an obvious symptom of bad contacts. If the same heat is generated regardless of the power consumption can take place drop resistance caused by wet wiring inside appliances.

Since all the conductors elements plugs and sockets are made of alloy with high thermal conductivity, heat spreads very quickly. In this case, the source of high temperature may be one of the weaknesses of a plug connection.

Bad tightening of the screws in the socket

Usually, the main reason for this kind of failure is poor electrical contact in places of joining of the cable cores to the terminals of the socket. Before carrying out the repairs necessary to remove the voltage from the supply line or disconnect the flat as a whole. You should then remove the plastic cover of the socket: it is fixed one or two small bolts. The mechanism of sockets you need to get from the mounting box. This will need to Unscrew a couple of the side screws, which metal body is attached to the escutcheon, then loosen the crab-clamps by releasing the two recessed bolts located on the sides of the socket mechanism. After extraction, the mechanism must carefully inspect the place of connection of electric wires for signs of carbon deposits or poor tightening. The best solution would be to perform a connection again, pre-cleaning the wire to the metal layer.

Also cause overheating of the outlet may be the weakening of the pressure contact of whiskers including pins plugs. Over time, the elasticity of the metal is markedly reduced, which defeats the reliability of electrical contact. Weakened mustache should be slightly bend with a screwdriver and clean away the oxide film. If the moustache is additionally pressed by springs, the latter will need to carefully remove and install back after the binding contacts.

Usually the wire of the washing machine terminated non-removable plastic fork, but if it was replaced with a collapsible, poor tightening of the screws can also be a cause of overheating. The plug must be removed and the same operations as with the contact screw connections of socket.

A rare fault, considered to be the cause of heat, is a partial fracture of one of the cores of the cable supplying the washing machine. To determine the exact location of the fracture only visual inspection is problematic, so it is better to shorten the cord (10-15 inches and install a new plug.
Is the advice useful?
See also
Присоединяйтесь к нам
New advices