Why sleep too much is harmful

That lack of sleep is bad, everyone knows. It is fraught with fatigue, slow metabolism, as well as the development of some diseases. But it turns out that if you sleep too much, the consequences are no better. Harmful not only lack of sleep, but its excess. Doctors say to sleep as much as your body needs for most people is 8 hours. 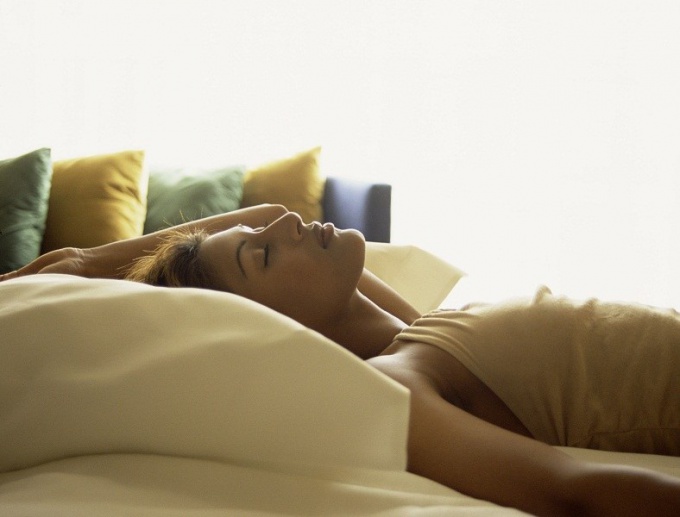 Related articles:
Studies have been conducted, which were attended by several thousand people. They reported how much time per day do you spend on the sleep and also talked about his health. They found that if you get too much sleep, the person can develop depression. Sometimes it happens that the first become depressed and then the sleep duration is greatly increased. In any case, too long sleep is an indicator of an unhealthy emotional state.

They also found that people who pay to sleep too much time, lose their socio-economic status. They appear to do important things in my life, and some of her region will inevitably come to desolation.

What is the reason that people sleep too much? In medicine there is a particular disorder that is called hypersomnia, which is characterized by the fact that the person is sleepy all day, sometimes even sleeping through the day, but it does not improve the situation. As a rule, those who have found hypersomnia, also complain that they have bad memory, no strength to do something. The causes of hypersomnia are very different.

In some cases, extreme drowsiness called medical drugs or taken in large quantity of alcohol. But increasing the length of sleep in these cases is short. When the drug is removed, or the removal of alcohol from the body the normal sleep.

Constant oversleeping leads to unpleasant consequences for health. In particular, increases the risk of developing diabetes. Studies have shown that the probability of appearance of diabetes depends on how much sleep people. Those who sleep more than 9 hours, the risk increases twice. But those who sleep less than 5 hours, the likelihood of diabetes likewise is doubled.

We also found out that if a person sleeps 9-10 hours, then it significantly increases the likelihood of weight gain. The optimal amount of sleep for the figure is 7-8 hours. In addition, too long duration of sleep causes headache.

Most people to sleep enough 7-9 hours. If a person is sick or is under stress, it needs some more time to allow your body to fully recuperate. Sleep duration also greatly depends on age and the level of ordinary human activity.
Is the advice useful?
Присоединяйтесь к нам
New advices