The modern reader does not always think about the fact that the works of the great foreign masters of literature be available and understandable through the work of talented writers, and translators. These people help to understand the thoughts of the prisoners in rows of foreign works, to get acquainted with the stylistic features of their art. The work of translators gives you the opportunity to enjoy reading books created by writers and poets-representatives of different countries and cultures. 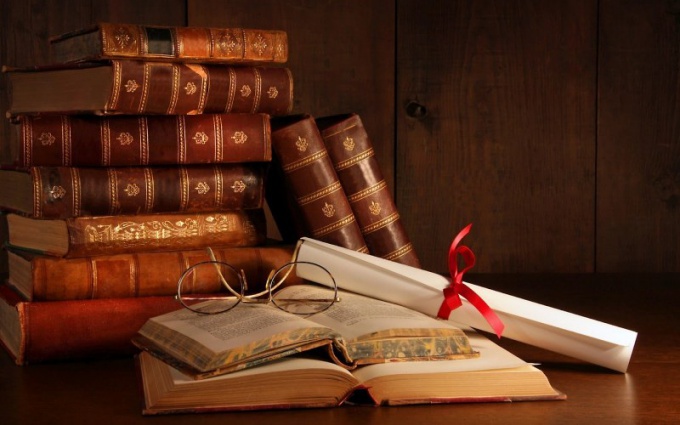 Related articles:
Instruction
1
Translation into Russian language of great works of classical foreign literature starts from the eighteenth century. Among the well-known Russian writers-translators - V. Zhukovsky, I. Bunin, N. Gumilev, A. Akhmatova, B. Pasternak, K. Chukovsky, S. Marshak, E. Yevtushenko and many others. All of them are talented masters of artistic expression with a high level of education and culture.
2
Poet and translator V. A. Zhukovsky, "teacher" Pushkin and the tutor of the king's heir, his activity as a translator started in the spirit of classicism. The poet sought means hero images, allowing you to more fully convey their inner world, and in his own way sought to reveal the meaning of the original. V. A. Zhukovsky provides freedom of expression, so "foreign" works develop his personal personality. In the texts translated works, often deviating from the original, is determined by the poetic personality, the nature of the romantic poet. Russian readers learned of Byron, Schiller, W. Scott, Goethe, with translations of Zhukovsky. In the native language sounded ancient poem "the Word about Igor's regiment" and "Odyssey" of Homer, the ancient Greek singer.
3
An interpreter was the famous poet and writer Ivan Bunin. In close to real the unsurpassed arrangement of "Song of Hiawatha" Longfellow, was awarded the Pushkin prize of the RAS, the writer has retained the musicality and simplicity of language, the author of the artistic means, even the location of the verses. To date Bunin's translation of the poem Longfellow based on Indian mythology, is considered the best. Outstanding master of poetic translation by I. Bunin acquainted the Russian reader with Byron, A. Tennyson, poetry of Adam Mickiewicz, Shevchenko and other poets.
4
Boris Pasternak, a representative of the Silver age, with confidence said that the translation should reflect the impression of life and it must represent an independent artwork. The poet drew the similarity with the original. Close to him translations of foreign authors brought unprecedented good luck: it is highly valued by Pasternak, Goethe (the Central place of the tragedy Faust); Shakespeare, the translation of tragedies which have gained an impression of the wealth and power of images; Rilke, his works helps the poet to see the universe as a whole. Boris Pasternak translated many works of the Slavic poets, among which are the distinctive Boleslaw Lesman and Vítězslav of Nezval.
5
The translation of the poems was a childhood favorite hobby Marshak, who later was chosen for translation into the native language of the most significant artistic works. He created translations embody all the charm of the original: they preserve the national character of the foreign author, the peculiarities of the age. Old English and Scottish ballads, Shakespeare's sonnets, the poetry of Wordsworth, Blake, Stevenson was found in the person Marshak wonderful interpreter of English literature. The Scottish poet Robert burns, words by Alexander Tvardovsky, thanks to the translator was Russian, being a Scot. Ably translated by Marshak books burns were noted: he received the title of honorary citizen of Scotland. The main purpose of Samuil Marshak for half a century was the desire to acquaint the broad masses of people with the masterpieces that make up the Treasury of world literature.
6
K. I. Chukovsky, a well-known children's writer and literary critic, is the author of a wonderful translation of children's favorite books by Mark TWAIN. Translation by K. Chukovsky was accompanied by the works of famous English writer Oscar Wilde.
7
Vladimir Nabokov was the author of translations of the classics of our literature, such as Pushkin, Lermontov, Tiutchev, and their own works into English, he also translated many works of foreign writers into Russian. Vladimir Nabokov believed that to preserve the rhythm of the text, all features of the original in the translation should follow exactly. Nabokov, in exile was an English writer and ceased to create works in their native language. And only the controversial novel "Lolita" was published in Russian. The writer probably wished that the translation was accurate, so I decided to do it personally.
Is the advice useful?
Присоединяйтесь к нам
New advices