The Lord of the rings the best

The founder of the genre of fantasy, Prof. R.R.Tolkien finished work on "the Lord of the rings in 1949. Issued in three parts, the novel brought the author international recognition. It has been translated into 38 languages, and Tolkien, as a philologist, followed by the quality of the translation. In Russia there are about seven variants of translation, but in the shop we have to choose from two or three of the most popular. 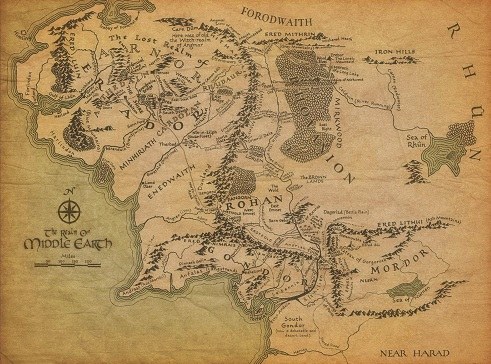 At the origins of the legend

History of translations of "the Lord of the rings" begins in Russia in the 1960-ies. Translator of science fiction Z. A. Bobyr was unfamiliar with the fantasy genre, therefore, reduced the novel three times through descriptions and poems. Turned free interpretation of Tolkien in the genre of children's fairy tale called "the tale of the ring. Translation of Z. A. Bobyr was published only in 1990.

Translated by A. Murav'eva and V. kistiakowsky with a familiar name was published in 1982 and for 10 years remained the only one in Russia. The translators found it to be a Tolkien epic, the heroic epic and tried to explain him alive Russian language, to bring to the reader.

It turned out an excessive expression of the vernacular of the vulgar speech of the characters. Translation of terms in old Russian style distorts the world of middle-earth, full of Celtic and Scandinavian roots. For example, the Lord of the nazgûl the Sorcerer King here sounds like the King is a witch.

This is generally good, as really easy to read, if you make allowances for bad names.

The triumph of good

Translation N. Grigorieva, V. Grositskogo first came out in 1991. He made the competition translation V. Muraveva, as it was more discreet, but, unfortunately, poorer.

A characteristic feature of this translation can be called the reduction of all of the plot lines, except the line of the hobbits. In addition, the authors have brought to the narrative optimism, so that all the characters of the novel lost of doubt and uncertainty.

Harmonious and beautiful lyrics by I. Grinshpun become a big success this transfer.

Translation Kamenkovich M., and V. Carrick precise and even wordy. Lengthy comments to explain the events of the epic from the perspective of the cultural and mythological layers, which were used by Tolkien when creating his epic.

Based on the religiosity of the author, the translators have reviewed all the symbols of peace in the Christian tradition. The way Frodo to mount doom, becomes road to Calvary. The publication was published with the poems of S. Stepanova in 1995 and is first and foremost the fact that this is the most complete translation of the Lord of the rings.

The world that gave readers a Professor, so lively, interesting and beautiful that makes one believe in its reality. Each translator inevitably adds something to the place where originally there was only the author.

May want to compare several translations, but, as a rule, the most beloved to the reader is the translation, in which he read a great creation for the first time.
Is the advice useful?
Присоединяйтесь к нам
New advices