How to change the atomizer for VAZ 2110

Atomizer - a key element of the power supply system of VAZ-2110, through which the fuel is supplied to the cylinder head (cylinder head). She is a solenoid valve, leaking fuel by applying to it the voltage from the controller and closes under the action of a return spring upon loss of electrical power. Therefore, they must be changed if there is a break or short-circuit the windings of the injectors. 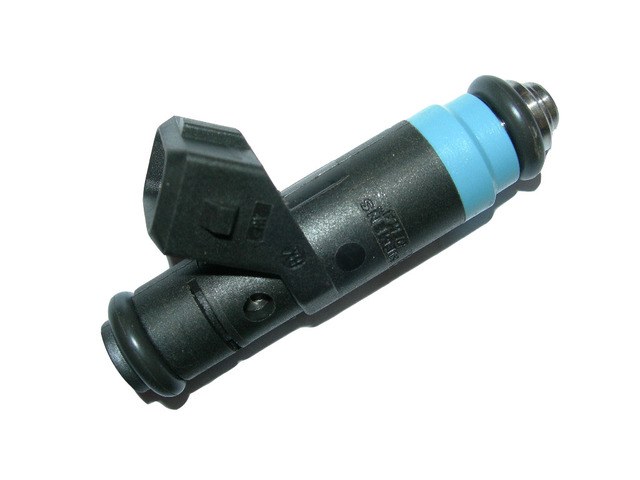 Related articles:
You will need
Instruction
1
Park the vehicle on level hard surface. Relieve the fuel pressure in the supply system. To do this in the car remove the right side panel facing the floor console by unscrewing the Phillips-head screwdriver self-tapping screw securing the right flap of the lining of the tunnel floor.
2
Ignition off remove fuse block and relay the engine control the fuel pump fuse. Start the engine and let it idle to a stop due to running out of fuel. Then turn on the starter for 2-3 seconds. After that, the pressure in the fuel system will be reset.
3
Disconnect the terminal wires from the "minus" terminal of the battery. Remove the plastic engine cover.
Now you need to remove the air filter housing for ease of operation. Disconnect the engine control sensor mass air flow. Loosening the tension clamp, remove the tube sensor mass air flow hose for supplying air to a throttle Assembly. Remove the intake hose from the spigot at the bottom of the air filter housing. Alternately podawa slotted screwdriver cap supports the filter housing and withdraw them from the mounting holes. Remove the air filter housing.
4
Disconnect the engine control wiring connector from the injector and remove the injector connector wires from the bracket. Phillips screwdriver remove the screw fastening the retaining plate fuel fill pipe to the ramp.
5
A coupling key on "17" Unscrew the pipe supplying fuel to the fuel rail, while holding the tip of the barrel ramp a swivel key "22". Pull the fuel feed pipe from the tip of the barrel ramp and remove the fuel feed pipe seal rubber ring.
6
Loosen with a Phillips head screwdriver, tighten the mounting clamp hose main circuit crankcase ventilation of the engine and remove the hose cap cylinder head. Phillips screwdriver loosen the hose clamp crankcase ventilation of the engine and remove the hose from the lid fitting the cylinder head. Further, a cross-head screwdriver, Unscrew the screw of fastening of a guide tube of the oil level gauge to the intake pipe and lift up the tube with oil level indicator.
7
Take the pliers and with their help, loosen the band clamp on the vacuum hose of the vacuum brake booster and remove the hose from the intake tubing. Then take a flathead screwdriver and slide it in the spring cable clamp throttle control actuator and remove it from the sector throttle. Remove the actuator cable from the throttle bracket on the intake pipe. Overcoming the spring force, rotate the sector throttle and bring the tip of the cable out of the hole sector. Now pull out the cable throttle of the holders on the intake tubing.
8
With the help of head "13" Unscrew two nuts of fastening of throttle knot to an inlet pipe and remove the throttle unit from the studs of the pipeline without disconnecting from throttle knot hoses of the inlet and outlet of the coolant. Press your fingers on the latch, and disconnect the wires from the ignition coils. Remove the wire in the direction from the cylinder head.
9
Take the crown at "10" and use it to Unscrew two nuts of the top fastening inlet pipe to cylinder head cover. Head "13" Unscrew the two bolts and three nuts of the bottom fastening of the inlet pipeline. Undo or cut with scissors (a knife) two mounting clamp cable harness to the top cover of the timing belt.
10
Press the release button and disconnect the wires from the sensor of phases. Then head to "10" Unscrew the bolt securing the ignition coil and remove it. Repeat the same operation for other three ignition coils. The holes under the ignition coil cover cylinder head with a rag. Move forward during the vehicle, the intake duct and remove it.
11
Hex 5 remove the two screws attaching the fuel rail to the cylinder head. Pull the fuel rail along the axis of the injector and pull out all four injectors from the cylinder head holes. Remove the fuel rail with the injectors and wires.
12
To disconnect the injector from the rail, press on the spring retainer and pull the wire connector from the injector. Pry up the spline with a screwdriver, remove the clip that secures the injector. Overcome the resistance of the o-ring and remove nozzle from fuel rail. Using the flathead screwdriver, remove the o-ring injectors. Similarly remove other faulty atomizers. Assembly and installation of the fuel rail with the injectors run in reverse order.
Note
When you Unscrew the fitting the fuel feed pipe to the ramp, be sure to hold a wrench on the tip of the barrel ramp to avoid damage to the fuel rail.
Is the advice useful?
See also
Подписывайтесь на наш канал