Which building is considered an apartment

Apartment house – a house composed of two apartments and more, provided that each of them has a separate entrance on a plot of land (which is attached to the house) or in the premises in common use. 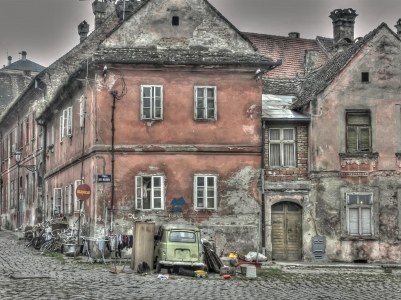 The price of the apartment increases with the floor. Usually consider the extreme floors of the most uncomfortable. But lately the first floor in new homes began to make non – social facilities (kindergarten, clinic), commercial premises (shop, pharmacy, cafe, dry cleaning, office, garages.

For:
– ease. For the elderly and people with disabilities, young mothers with small children.
– a habit. Some whole life lived on the first floor and not want to change my habits.
fear. Fear of heights and distrust of the Elevator.
– the price. For some, the apartment above is not available for the money.
Against:
it is very unsafe. Easy access for thieves. You have to install bars on the Windows, therefore deteriorating the appearance and darkens the room.
– audibility. You can hear everything happening on the street, felt the outdoor smells, sometimes feels damp, there are insects. More dirt is brought in stairwells.
visibility. From the street see what is happening in the apartment.
– permeability. Past is a lot of people, especially if the house has an Elevator.

For: match the first.
Against:
Disadvantages as the first, except for visibility and patency. But if the first floor is commercial space, then life is difficult: noise, different smells, and there may be cockroaches.

For:
– ease. When damage to the Elevator, not very difficult to climb. Delivery of furniture, appliances, finishing materials cost less than higher floors.
– clean. Little insects, there is no dampness.
visibility. Look out the window can only residents of the house opposite.
Against:
– odors. The exhaust gases of motor vehicles and other street smells.
– audibility. Also good, mostly in the courtyard consisting of several buildings, located in a circle.

For:
Considered almost perfect.
– odors. The exhaust is almost not felt.
– light. Gets a lot of light into the apartment, as the city rarely seen tall trees.
Against:
noise. The sounds from below continue to bring inconvenience.
– higher prices. Upon delivery of heavy things, the payment increases.

For:
– improving. Disadvantages of the lower floors are virtually absent. In addition to excessively loud sounds such as the alarm on the car.
– light. Nothing prevents the penetration of light.
Against:
height. Broken Elevator is a big problem.
– odors. Gone is the exhaust from automobiles, but can appear from CHP and boiler (if any nearby).
fear. Fear of heights, self-cleaning Windows.
In the case when the family has small children, it is necessary for them to follow. A fall from that height is deadly.

For:
– clean. No dirt, street dust, noise, smells.
facilities. Heat, light and flies do not bite. Enjoy the beautiful view. On the last floor it is possible to make access to the roof.
Against:
fear. People with weak nerves afraid to approach the Windows, balconies. Danger when cleaning Windows.
height. When damage to the Elevator lift becomes a test.
Is the advice useful?
See also
Присоединяйтесь к нам
New advices