How to handle raspberries

To raspberry in the garden bring healthy and delicious fruits, it is necessary to provide adequate care for her both before harvest and after. Raspberry is one of those plants that really like the pests. In order to effectively deal with the bugs, spiders, striking shrub, you need to know what and when to spray raspberries. 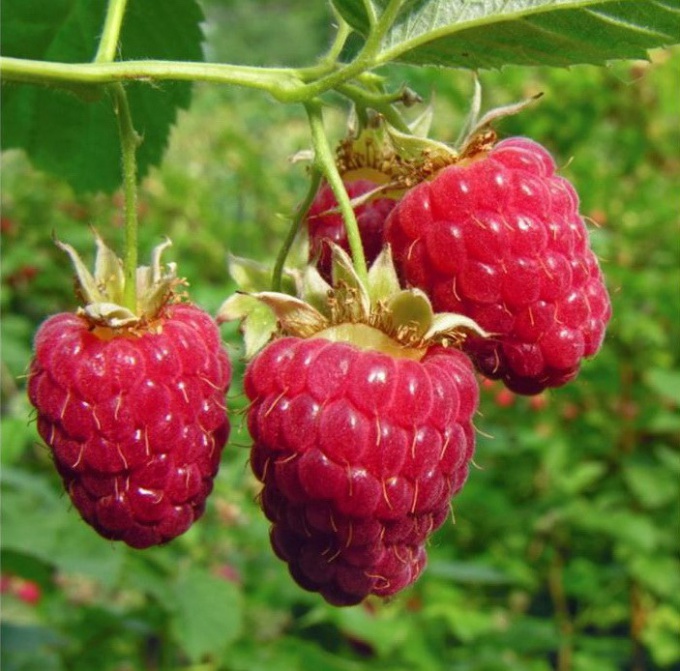 Related articles:
Instruction
1
Strawberry-Mattila weevil is one of the greatest pests of the raspberry. Its name he received because of the characteristic structure of the head: in the front part of it he has a special organ, the rostrum. With the help of it the pest eats the leaves and flowers of plants. Especially dangerous weevil fact that it lays eggs in the buds and flowers of raspberry. Winter pest waits under leaves. How to deal with the weevil? Start fighting in the spring before flowering raspberry. Spray the bushes with drugs such as "spark", "Konfidor" and the like. "Konfidor" is an effective insecticide. It has a low consumption rate and long period (4 weeks). In addition to raspberry, use it also on vegetables: potato, tomato, cucumber. The drug affects the pest, if directly falls on it. In addition, "Konfidor" penetrates the leaves and shoots: the insect that ate a piece of paper, dies. "Konfidor" resistant to rain and is effective in hot weather.
2
Mattila beetle can destroy up to 100% of the crop. Also, it can make the raspberries to disposal and recycling. This is a frightening trend. The beetle eats the fruits and young leaves on the bushes. To combat the pest is to spray the raspberries in the period of budding such drugs as "Cedis", "Konfidor", "spark". The soil near the bushes, and the aisles need to carefully dig in the period of pupation of the beetle. The drug is "a spark" is a broad-spectrum insecticide action. It is available in tablets. One tablet dissolved in 10 liters of water and spray the raspberries in a dry calm weather in the morning or in the evening. The leaves should be wetted evenly. During processing, the use of personal protective equipment, and after wash with soap hands and face. The drug can be mixed with other insecticides and fungicides, which have no alkaline reaction.
3
Mattila gnats (raspberry cane Galicia) quite often hit the raspberry bushes. The pests lay their eggs in cracks on the bark of young shoots. Larvae parasitize this leads to drying up of shoots. To deal with them by spraying twice with a solution of Malathion. Apply this substance also to insecticides. 60 grams of Malathion dissolved in 8 liters of water. On 10 bushes consume 10 liters of water. During spraying, rinse the leaves evenly. Processing spend in dry and windless weather. The period of validity of Malathion - 1.5-2 weeks. After that, the treatment can again be repeated. The action of the drug starts as early as 3-4 hours. Remember that the latest treatment you need to spend 45 days prior to the start of the harvest. In addition, the fight against mosquitoes by digging soil in spring and autumn. Damaged shoots to revive the impossible: cut out and burn them.
4
Mattila Bud moth is a small butterfly, the larva of which gnaws the buds of raspberries, and after it is embedded in shoots. Particularly susceptible to the attack of the old landing; their bushes. So very old otplodonosivshih shoots are necessarily cut away, and then burn them. During Bud swelling spray raspberry same drugs as in the fight against Mattila beetle: "Cedis", "Konfidor", "spark".
Note
"Cedis" is a broad-spectrum insecticide action. It has a high speed of action: within the first hour after application.
Useful advice
Before planting raspberry roots treat a drug "Agat 25K". This will serve as a protection from verticillated of decay.
Is the advice useful?
See also
Присоединяйтесь к нам
New advices