How to buy rubbing alcohol at the pharmacy

Thanks to the lovers to use alcohol-containing medications misused and drink them for their health (or rather, at the expense of his health), ordinary citizens ethyl alcohol to buy in the drugstore though, but very difficult. For them there are several ways. 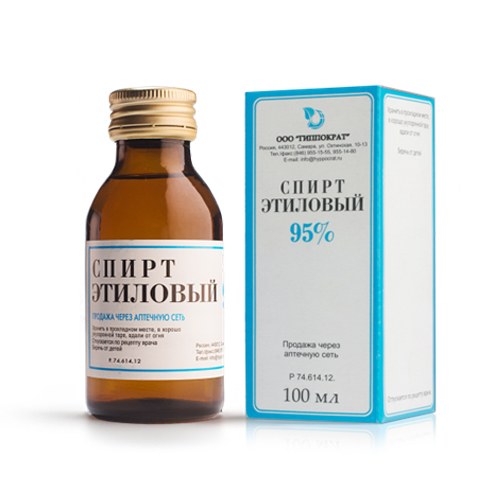 Unfortunately, from the prohibition of free sale of ethanol in pharmacies suffer alcoholics, how many ordinary citizens, many of which (especially "the core") I can not use previously used their treatments, recipes for which required ethanol.

Retail sale of ethyl alcohol in Russia has been prohibited since 2005 (with the exception of the far North).

Pure alcohol is to buy it at the pharmacy not long ago. Instead on sale there are special tools that do the job of disinfection of wounds and instruments is much better than alcohol; besides, unlike the latter, they are suitable only for external application and not for ingestion.

The doctor has the right to prescribe the patient is usually only 50 grams of alcohol, and only for injection. Received from the doctor prescription citizen must be ordered at the prescription Department of pharmacy (where manufacture drugs) prescribed amount of alcohol.

It would seem that if you have a familiar doctor or pharmacist, the situation is very sad

Some ways to buy rubbing alcohol

However, in real life, you can face the fact that in some cities there are pharmacies that sell ethanol, and some of them even sell it without a prescription. But in this case you should consider that a significant role for a successful sale will play the appearance of a citizen who wants to buy a medicine. Frankly bongiorno and similar to the alcoholic the subject is unlikely to be lucky enough to get that much alcohol.

Also much more likely to be found in pharmacies drug called "Medical antiseptic solution", which is essentially the same rubbing alcohol. The ethanol content of equal 95-96%, and the remaining 4-5% are accounted for distilled water.

If the Apothecary alcohol in any form does not work, you can try to find the title in other similar sources. For example, it often happens that medical alcohol is available in stores medical engineering or cosmetic chemistry.

Note that rubbing alcohol is a little different from drinking. Medical alcohol is produced by dilution with distilled water categories IN the alcohol category 1 (non-food). Therefore, drugs containing a large amount of alcohol, usually a reminder "Only for external use". However, if rubbing alcohol is used in recipes in a corresponding disease, they can not be poisoned.
Is the advice useful?
See also
Подписывайтесь на наш канал