Did you blush from embarrassment? A word spoken at random, a crazy thought ran in the head or attention on you – and on the cheeks immediately blush. 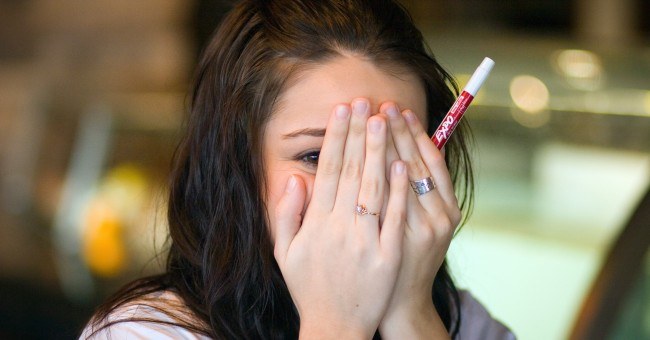 Related articles:
Cheeks blushing because the capillaries located on the face, uncontrolled rush of blood. Tiny blood vessels open up microscopic muscles that control the autonomic nervous system (network of nerves). They are capable of producing reactions over which man has no control.One of the physiological changes associated directly with consciousness, is called redness. Perhaps it's a biological change, which is closely linked with social situations. People never blush alone. This suggests that the social phenomenon. Moreover, this process triggers the human consciousness. You can make blush person, even if just to tell him that he starts to blush. Interesting, but people are filled with paint, feeling embarrassed, even doing nothing. Also, the person may blush if he would notice its difference from others in a bad or good way. For example, a blush may appear after compliment, flattery or praise.On the question of why the red cheeks, can not answer even the scientists. They have different theories about the causes of this phenomenon. One theory consists that the redness is a confession of his guilt and desire for forgiveness. The other thought redness of the cheeks – it is a demonstration to others of erotic intentions. People who easily blush for any reason (subject to unwanted attention, when communicating with a stranger, the discussion on the delicate subject, etc.), quite sensitive to this feature of the body, even turning for help to a psychologist. Even there are certain methods following which you can put up psychological defenses, learning to cope with his embarrassment and to fully communicate with other people.
Is the advice useful?
See also
Подписывайтесь на наш канал