How to make non-alcoholic beer

Non-alcoholic beer taste is virtually indistinguishable from a regular drink. And ingredients for its preparation are used the same. The main difference is in the manufacturing process. Technology of production of non-alcoholic beer is much more complicated. 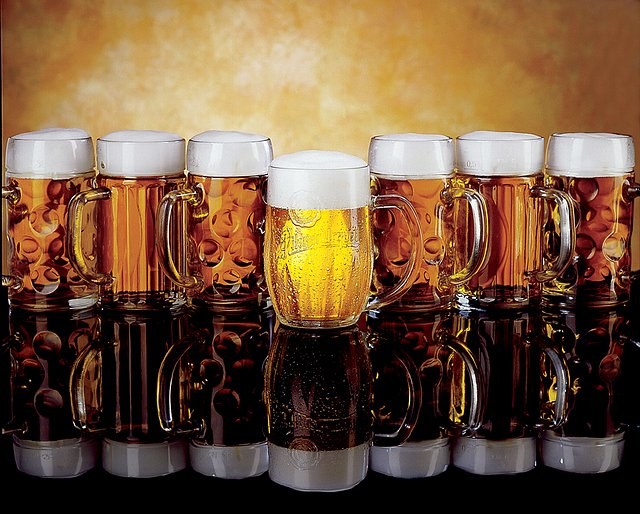 Related articles:
Instruction
1
The first stage of production of non-alcoholic beer is the soaking of barley grains, which later is heated to a certain temperature. Thus obtained malt, which is the basis for any variety of beer.
2
The malt is dried, carefully ground and mixed with hops. At this stage, it turns out a special mash, which after mixing with the yeast starts the fermentation process.
3
There are several methods of making non-alcoholic beer. In order for the fermentation process there is alcohol, this procedure is specifically interrupted. This is done by a sharp drop in the heating temperature. After this treatment, the beer is carefully filtered.
4
The second method of manufacturing a non-alcoholic beer is the removal of alcohol from already cooked the usual drink. In this case, a method is thorough evaporation. The beer is heated to 60 degrees, resulting in turns into a soft drink.
5
The removal of the alcohol can be carried out by vacuum distillation or conventional evaporation. Please note that the chosen technology will be the future of the beverage. When using distillation, the beer is almost impossible to distinguish from the conventional bright varieties, in the second case, there is a pretty distinct flavor.
6
The most expensive and time-consuming technology for the production of non-alcoholic beer is membrane method. It is carried out by means of special membranes, called dialysis and Osmose. These components, when released into the beer, gradually break down alcohol, making the drink the nonalcoholic variety.
7
Beer is one of the most popular beverages in the world. That is why manufacturers are constantly developing new production technologies, offering consumers a completely new grade. Some of them in the manufacture of non-alcoholic beer using a special variety of yeast.
Note
Non-alcoholic beer first appeared on the shelves in the 1970-ies. A new drink was invented with the aim of combating alcoholism.
Useful advice
Non-alcoholic beer contains a little more than 1% alcohol. After drinking this drink there is absolutely no changes in the body.
Is the advice useful?
See also
Подписывайтесь на наш канал