Spur, or scientifically speaking, osteophytes, is a growth on the surface of the calcaneus which is visible only through x-rays. However, the pain that is often accompanied by this pathology, does not allow you to forget about it. 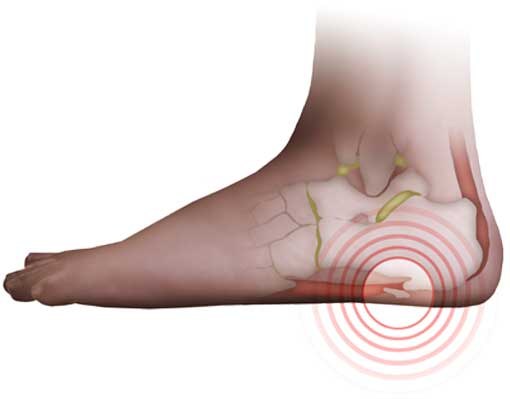 Related articles:
The osteophytes, popularly known as "heel spurs", is a disease that apparently can be completely invisible to a foreign eye, but it will certainly affect the human gait. Although spurs may appear at the elbow, knee, hip and shoulder, their localization on the heel and around the big toe is the most common.

Whether the spur is a thorn?

The vernacular name arose from the similarity of the bony growths of the bird's spur. During the examination at a late stage of the disease x-ray can really show some sharpening, which originates from the heel and having a bias towards the fingers. It can take place on the back or bottom of the heel bone. Although the spur and called spike to the touch it is quite mild, even soft. This seal is similar to domestic corn, which can be felt on palpation.

A growth formed over the normal bone in response to aging, excessive physical load on the foot or bundles. Anatomically the size of the abnormal growth is in the range of 3-12 mm. Experts believe that the bone growth itself is not painful, but in contact with the soft tissue and tendons pain can be unbearable.

Which indicates the beginning of a degenerative process of the foot

A few decades ago, spurs were a sign of aging, when it arose as a result of the hardening of cartilage in osteoarthritis and perceived medicine as the body's attempt to regenerate itself. People under 40 years the disease is almost not disturbed. Today, however, the osteophytes is often inflammatory in nature and occurs because of excessive weight, overload of the tendons wearing weights, sports, dancing, uncomfortable shoes. All of this is causing the pain before you see the first signs of seals.

Pain in the heel area at the end of the day, after exercise, being on my feet can attest to the fact that you should pay attention to the adherence to work and rest, and can pick up comfortable shoes. If the person does not respond to these signals, the body itself begins to operate, strengthening the Achilles tendon calcium deposits. This process lasts one month and is called plantar fasciitis.

The fascia is the sheath that consists of connective tissue, and designed to protect ligaments, tendons, muscles, nerves from the unwanted tensions by playing the role of a shock absorber. The condition of the fascia depends on the flexibility, mobility and endurance of joints. Since plantar (plantar) fascia is directly in contact with the heel the hill and it accounts for half the weight of a person in an upright position, it is not surprising that excessive loads be Microdrive, and there is inflammation. Therefore, heel pain may appear even before bone growth is the heel spur, which occurs as a compensatory response to inflammation.
Is the advice useful?
See also
Присоединяйтесь к нам
New advices