What fish is best to buy for the soup

Classical ear is different sweet taste and nourishing clear broth. To prepare such dishes you should use a special fish, allowing to obtain fragrant, slightly sticky fat. 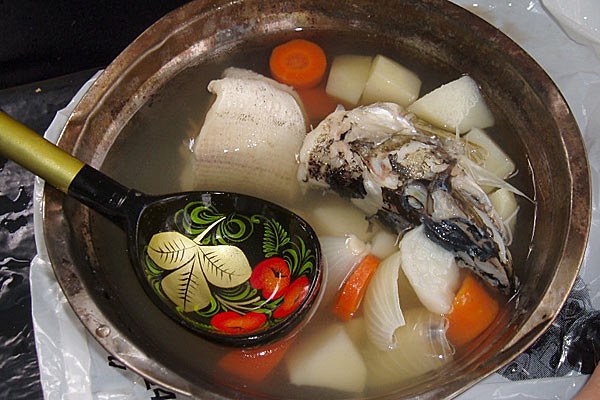 Related articles:
Instruction
1
First of all, we note such fish as pike-perch, ruff, whitefish and perch, salmon, sturgeon, sturgeon. In Russia since ancient times was made from these rocks the "white" fish soup, clear broth and white meat. A "black" ear of the cheese, carp and chubs. What is the difference between these dishes? Traditionally "white" ear ran the bow, which clarified the broth and absorbed excess fat. In soup prepared from salmon, add a pinch of saffron. The taste of the fish, which was "black" ear, set off with cloves and black pepper.
2
What fish for a fish soup better, each chef decides. But foodies agree that to cook the soup from the same breed of fish – in vain to waste food. Use to prepare the broth up to 4 types of fish. In the team's ear, boiled first, small bony fishes, for example, a boilermaker. It was his meat gives the broth a special adhesion. Next, remove it from the pan and place in the broth of larger fish. In this case the ear will turn out rich and incredibly delicious. Remember, the red team fish in your ear is not used, this may lead to reduced palatability.
3
Best fish for a fish soup, of course, fresh. However, even fish can spoil a dish if you cook it wrong. Lower the fish into the water, only after cutting off her head and gills. Many species Gill slits when boiling begins to taste bitter. Also try not to bring the fish to complete the cooking, meat should only slightly move away from the bones.
4
To prepare soup perfect the fish of the sea and river. However, there are breeds that are not recommended for use in the ear. These include herring varieties: iwashi, gobies, mackerel. It is not recommended to boil for soup bream, vobla, roach, as they do not give a pronounced smell and taste that is not like the many fans of the classic soup. If you need a fish to hand is missing, try using these species. However, the fish should tenderize and season a large number of fresh herbs, black pepper and onions.
Note
If cooking soup use frozen fish, lay it in the water should be, not defrosting. Otherwise, the fish will quickly fall apart and will lose some of its valuable qualities.
Useful advice
The people believed that marine fish are not very suitable to cook soup. Really excellent soup is halibut, cod, sea bass and makrorus.
Is the advice useful?
Присоединяйтесь к нам
New advices