How to subtract loop crochet

In crochet there are many patterns and products that require the subtraction of loops – it's mittens, socks, scarves, caps, back, shelves, sleeves pullovers and sweaters and much more. The decrease of loops in a knitted fabric decreases and the gain increases. 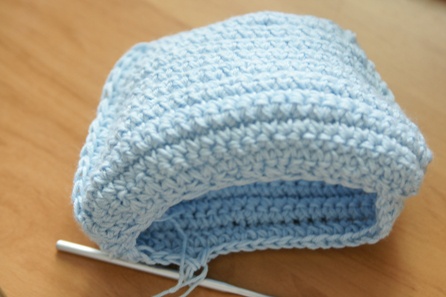 Related articles:
Instruction
1
If you have already linked a number of, then you need to subtract a few loops provarite their columns without nakida, then continue to knit columns of the pattern to a specified location at the end of the row so that in the end remains the same are not related to you columns as you diminished at the beginning of the series. To smooth out the jagged edge left over from the subtraction of loops, and tie it late in the columns without nakida.
2
If the hinges have not abated in the beginning and in the middle of the knitted part, proverite in the same row together in two columns, skipping between them is equal to the number of loops. For example, using one or two loops promazyvaya bars are not as usual, and immediately two. To do this, enter the hook into the loop and pull through the loop caught by the thread. Then enter the hook into the next loop and again catch the thread and then pull through the loop. Provarite along three loops, which were produced after the action you have on the hook. Continue to diminish the loop this way until the end of the row.
3
Another method of subtraction loops – promazyvanie columns in one loop. Skipping every other loop in knitting, you thereby diminish the number of loops and narrow the canvas. This method is faster than the previous and suitable for knitting large items that require large time investments.
Note
To obtain this form you will need to add or subtract loops and columns of the pattern. The decrease of the loops in the middle parts. Promazyvayut in one row by two columns together using the same number of columns and one or more rows of the pattern. The hook injected into the loop of the bottom row, pick up the thread, stretch it through the loop and leave on hook nepovezane.
Useful advice
For quality crochet items of clothing and other things you need to learn several ways of addition and subtraction of loops in a knitted cloth. Adding a loop inside the row. Knit into two columns in one loop of the bottom row. Method 2: Between two columns to gain a single air loop, which in the next row, knit into the additional column. Simple control loops on the edge.
Is the advice useful?
See also
Подписывайтесь на наш канал