What men's perfume, the most persistent

Buying perfume man should pay attention not only on the aroma, his pyramid and the first sensation when used, but also on its durability. Ideally, you apply fragrance in the morning and feel it surrounding you until the evening. Maximum update once a day after lunch. 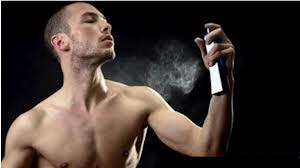 Related articles:
Instruction
1
The main criterion, which affects the durability of the spirits, this concentration of fragrance. Usually, a pyramid of the fragrance consists of three parts, which follow each other. The first are the so-called top notes. You feel barely sprayed herself from the bottle. On average they stay on the skin for 20-30 minutes. They are followed by heart notes. You will hear for yourself the longest. Their sound on the skin or clothing varies depending on the concentration and composition from 3 to 10 hours. The latest is base notes. They can be quite unexpected, and at first glance, to stand out from the pyramid. This is the scent that will remain on you at the end of the day.
2
Described above the scheme is considered to be a classic. It is believed that it was invented by the legendary perfumer Jean Carles. But there are exceptions. For example, when the aroma of playing the two main chord and the rest just complement them. Different ingredients of the pyramid have different resistance. Least keep notes of citrus, green tea, some flowers. The longest – spices, pine needles, musk, woody notes, patchouli, amber. If you are in search resistant men's perfume, please note in Black Afgano Nasomatto, Creed Aventus, Dior Homme, Tom Ford Tuscan Leather.
3
As a rule, any toilet water is made up of alcohol, water and fragrance. It is the percentage of the last ingredient determines the strength of flavor. Depending on the concentration of perfume compositions emit perfume, toilet water, perfume water. The highest concentration of have perfume – 15-30%. They are the most intense and persistent. Spirits can hold on you up to 10 hours. Followed by eau de Parfum is 10-20%. Their resistance varies in the range of 3-5 hours. And toilet water – 5-10%. The latter, of course, is the most unstable. You will feel the flavor in just 2-3 hours.
4
It is believed that the more persistent are the perfumes and toilet waters by so-called selective perfumery. This class is in the world of fragrances alone. Selective perfumery is usually produced in limited edition and not always sold in multibrand stores. For its production using raw materials of the highest quality. Among spirits of this niche are often very unusual flavors. For example, in some toilet water selective perfumes you can catch notes of Datura and mushrooms. Fashion houses such as Hermes or Chanel, employ a personal perfumer and release an exclusive line of fragrances similar to selective. Try such masterpieces as'arabie and Serge Lutens , Hermessence Vetiver Tonka Hermes, Les Nombres d'or Vetyver Mona di Orio, and their durability will surprise you.
5
Resistance some spirits are selective perfumes can last for several days. This should be considered. Some people start to blindly apply them like a conventional toilet water. Even if you love your fragrance, remember that not everyone shares your taste in scents. Pity of others. For example, to use the toilet water before boarding the plane in General is considered bad manners. Order the selective perfume lasted all day, enough to put them on point ripple and hair in two places. Keep in mind that the skin is friends with spirits all in different ways. Do not apply a new fragrance for the first time before an important event.
Is the advice useful?
Присоединяйтесь к нам
New advices