How to make a washer at the narrow doorway

Washing machine has become an integral part of everyday life of many families. More and more people are becoming automatic machines, which require permanent installation. Quite often as the place of its permanent deployment selected bathroom. But what if the washing machine does not pass in through the narrow door? 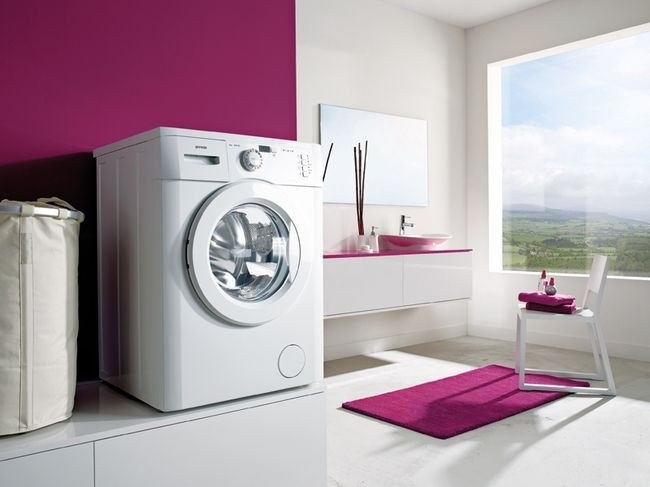 Why the washer does not fit through the door

Installation of the washing machine in the bathroom is a logical decision. Bathroom has a high quality waterproof floor that protects from the Bay bottom flats in the case of a leak. In the bathroom is plumbing and sewage system that simplifies the connection of the device.

When people face the choice of a particular model of the washing machine, they can advise on the full machine width and a length of sixty centimeters. This is a reasonable choice, because this machine is able to accommodate a large number of sheets. In addition, the full-size machines more reliable and more stable during the spin cycle.

How to make a washer at the narrow door

If you are faced with this situation, do not despair and return the appliance to the store. Sometimes the problem can be solved just by removing the hinges of the door leaf. Sometimes it helps to win the necessary millimeters, and to carry the machine in the bathroom.

If that doesn't work, you can try to remove the door frame if it is attached to the screws. Of course, you should be sure that you will be able to return it into place. This option is much more complicated if the installation box is used polyurethane foam.

In some cases, disassembly of the door frame is impossible without destroying the decoration. In this case, it is possible to go the other way and partially disassemble the washing machine. It's not as difficult as it might seem at first glance.

First note the top cover. On many models the rear of the cover stands for the dimensions of the enclosure a few inches. Perhaps it was this ledge prevents to carry the machine into the opening. In this case, it will help to remove the back cover.

To remove it is quite simple. Usually cover is mounted by a pair of screws in the rear of the machine. You will need a Phillips screwdriver. By loosening the screws, slide the cover off towards the rear of the machine, and pull it up. It should be easily removed. By making a washing machine in the room, install the cover, having done the operations in the reverse sequence.

What to do if a projection is missing, or removing the cover was not enough? In such a situation, it is possible to remove the boot hatch. It is simple procedure which, when implemented carefully will not damage the car.

Opening the hatch you will see the bracket on which it rests and which acts as hinges. You need to take a screwdriver and Unscrew the screws connecting the bracket to the machine frame. If you remove the hatch, leaving the bracket to the housing, it can prevent you to bring the car to the room. When the device will be in the bathroom, repeat operations in reverse order.

Unfortunately, sometimes these actions are insufficient. For example, the control panel may have a protruding knobs, which are not recessed into the body. To dismantle the panel is not recommended. For the successful dismantling of a need to know the attachment points. In addition to the screws, the control unit can be locked with latches. If they break, the panel cannot be installed.

In such a situation, it is possible to dismantle the water inlet valve. His pipe with a thread on which is screwed the water hose that protrudes out of the housing a few inches. It can be reached by removing the top cover.

Most often, the valve is fixed to the rear wall using two screws. If they loosen, it can be moved inside the case. At the same time to disconnect the wires and sockets not necessary. If you interfere and the drain hose, it can be drawn in through the hole in the housing. Filling machine in the bathroom, lock the nozzle with screws and back to the original position of the drain hose.
Is the advice useful?
Присоединяйтесь к нам
New advices