Who is the angel of death

Different religions have different interpretations of the origins and functions of the angel of death. But, in any case, it's a very powerful angel. Sooner or later everyone will meet with it, although better if the meeting will happen at God's appointed time. 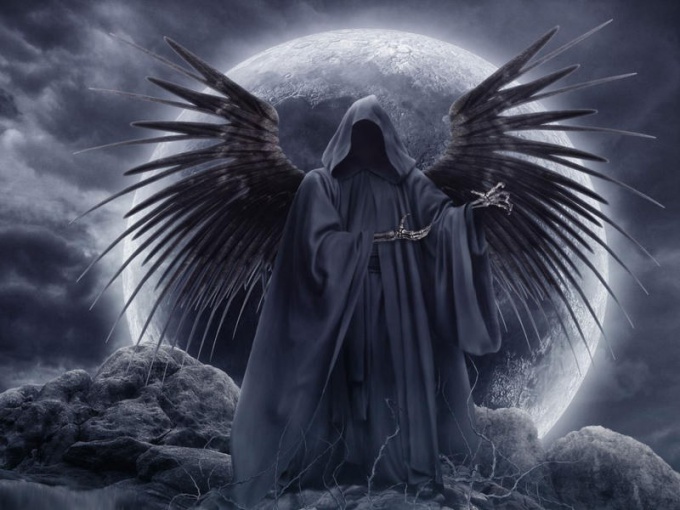 Related articles:
Instruction
1
In Judaism, God sends the angel of death for the soul of the person came to die. At the same time, the angel of death may be associated with Satan. There is a sinister legend, according to which the angel of death Samael (aka Satan) comes to take human life, holding a knife, which edge drain 3 drops of poison. The first drop interrupts life, a second is the bile of death, and the third completes begun a terrible thing. As befits Satan, Samael is only for the souls of sinners. He is a sinister black figure, holding a serrated knife. For the souls of the righteous comes the angel Gabriel. He also brings with him a knife, but perfectly smooth.
2
In Christian tradition the angel of death is sometimes considered to be the Archangel Gabriel informing the virgin Mary of the imminent arrival of death. Also, the death angels are often called Fallen Angels who fell to Hell and turned into demons, try to win over as many people as possible. In Islam and Judaism, the role of the angel of death plays Azrael to guide souls on the way to another world.
3
The angel of death often found in tales and legends of different peoples. However, he is not a ruthless hunter of human lives, but only dispassionately doing his duty. There are many stories about how people trying to cheat the angel of death, but no, it was not possible. But you can negotiate with him about the delay. If not to disturb him in carrying out his mission, the angel of death will understand to person and can not just let him go to complete unfinished business, but even tries to help him.
4
Often the angel of death can be seen in works of art, especially in literature and film. A very unusual image of the angel of death, bearing the name of Heurtebise, has created in his play, and then in the film "Orpheus" the brilliant French poet, playwright and film Director Jean Cocteau. It Heurtebise is a nice young man, a former student who committed suicide because of unrequited love and turned into a chauffeur and assistant to a beautiful and mysterious lady named Death.
5
While Heurtebise is certainly not devoid of human feelings: he sincerely and wholeheartedly falls in love with Eurydice, and makes a selfless attempt to save her life and family happiness with the Orpheus. No wonder some researchers believe that Heurtebise is a kind of counterpart of the Orpheus and perhaps part of the soul of the Cocteau. This is the evolution of the image of a powerful and mysterious angel of death.
Is the advice useful?
Подписывайтесь на наш канал