Where they filmed the transfer of "What? Where? When?"

Since 1990 the filming location of "What? Where? When?" remains unchanged. It was once chosen by Vladimir Voroshilov, the founder and host of the game. Since then all games are there. 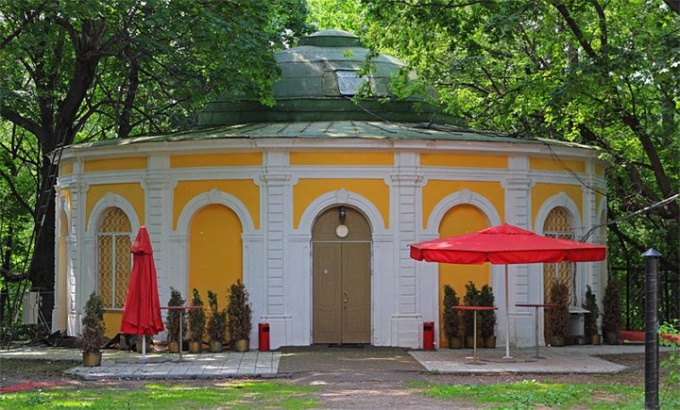 The history of the transmission

A popular program starts in September 1975. Since then, much has changed: the game's connoisseurs, venue. Until 1982, the shooting took place in Ostankino bar. For this room every time converted, put a round table, set light. The transmission not once had to move. Late in the filming process led to Herzen street, next to Krasnaya Presnya, in the Centre of international trade. Currently, the experts gather in the Neskuchny garden, namely in the Hunting Lodge. It is an architectural monument of the 18th century located in Moscow.

The hunting Lodge is not designed for the shooting process. There is no heating and water. Decoration mirror visually increases it, so it's hard to even imagine how small this room in reality. It can accommodate up to 80 people. This place is very loved by the connoisseurs, so even thoughts do not arise to move to another pavilion. Hunting Lodge is currently rented.


In the 18th century the southern part of the Neskuchny garden occupied the manor of Trubetskoy. Since the only thing that survived of the buildings is a Hunting Lodge located in the depths of the forest. Many times the room was converted, there was once a cafe, a pub and even a toilet. The fate of the buildings would be sealed, if in 1990 it was not noticed Vladimir Voroshilov. He came up with a genius idea which he brought to life. Took house to rent, and they do repairs. Now experts club is going in Neskuchny garden for the games.


In the hall, where now removed the program "What? Where? When?" early hunters lived, drank tea, played cards. Located near suspension bridge, sitting where, Turgenev wrote the poem "First love". Even Pushkin with Natalie were frequent guests of the estate and in particular visited the hunting Lodge. All these details Voroshilov did not even know. While walking through the garden he quite accidentally stumbled upon the old building and realized that this place is ideal for meeting experts.


The game room is now located in the historic part of the one-storey house, which was built in the 18th century. But the technical service, the announcer of a game show sitting in a special annexe. The total building area is equal to 75,8 sq. m., the playing hall - of 28.8 sq. m. But thanks to the designers ' idea to make the bathroom mirror, the room does not seem small. In particular, the mirrored ceiling were executed by masters from the Hermitage.
Is the advice useful?
See also
Присоединяйтесь к нам
New advices