How to install bots in "Counter-strike"

Counter-Strike – network command is a computer game genre first-person shooter, designed primarily for multiplayer mode. However, you can play it and one through the installation of bots, i.e., software modules a games artificial intelligence, replacing the real enemy. 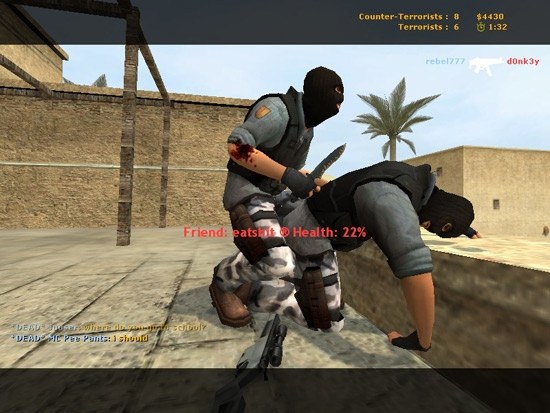 Related articles:
You will need
Instruction
1
To install bots in Counter-Strike, download one of the free bot programs – Zbot, POD-Bot or YaPB. Many fans of Counter-Strike Zbot prefer, as the most simple program to install.
2
Unzip the downloaded archive using the zip program (for example, IZArc, PowerArchiver, or WinRAR). The resulting folder, copy the folder with the established game – the default is the folder "cstrike" of drive C. don't forget to confirm the replacement of some files when copying.
3
Start Counter-Strike and create a new game on the selected map. Wait for the download of the game world, it may take from several seconds to several minutes, depending on the computer capacity.
4
Select the command for which you play. Then open the console in Counter-Strike (press "~"). Before you can add bots seasoned players are advised to establish their level of skill, in other words, the difficulty level of your game. The difficulty level of the bots is set by the command "bot_difficulity" – you need to register it in the console and press Enter. If the goal of the player is to fight with enemies-the beginners, you must enter a query "bot_difficulity 0", on the other hand, the most skilled bots are invoked with the command "bot_difficulity 3".
5
The default number of players per team players in Counter-Strike comes up, but when there is a desire to play alone against the crowd of bots, you must remember two console commands: mp_limitteams 0mp_autoteambalance 0Первая command disables the limit on the number of players per team, the second disables autobalance participants. If necessary, zeros can be replaced by any appropriate number, e.g. 20.
6
Add bots in the game in any of two possible ways. The first way – adding via console. You need to write in console the command "bot_add_ct" or "bot_add_t", that is "add a bot-commando" and "add bot-terrorist." To enter commands you will need for the number of required bots. The second way is through pressing the button "N" on the keyboard. In the menu that appears, select the button "Add bot to CT" or "Add bot to T", which correspond to the console commands.
7
To automatically add bots there is a command "bot_quota X". At the end of the command rather than X indicates need for both teams, the number of bots.
Useful advice
If necessary, use the following useful commands:

"bot_kill [name]" – to kill a specific bot
"bot_knives_only" bots armed only with knives
"bot_pistols_only" – bots armed only with pistols
"bot_snipers_only" bots armed only with sniper rifles
"bot_all_weapons" – bots use all weapons
"hud_centerid X" – shows player's nickname, which was zeroed in. If instead X is 1, if 0 is in the left corner of the monitor
"restart" – assigns the restart the game and reload after a specified time limit.
"mp_c4timer X" – sets the time after which a bomb explodes (the number of seconds instead of X)
Is the advice useful?
Подписывайтесь на наш канал