How to create bots in counter strike

Counter strike is the most popular in the world today team shooter. In this cult network shooter played by millions of people. And not only children and adolescents but also adults. The idea of the game is simple – the confrontation between terrorists and defenders of law and order, soldiers of the special forces. Daily in the ranks of fans kontrstrayka appear recruits. And it is usually hard to resist experienced, seasoned fighters. And if it does not work, test it first on bots. 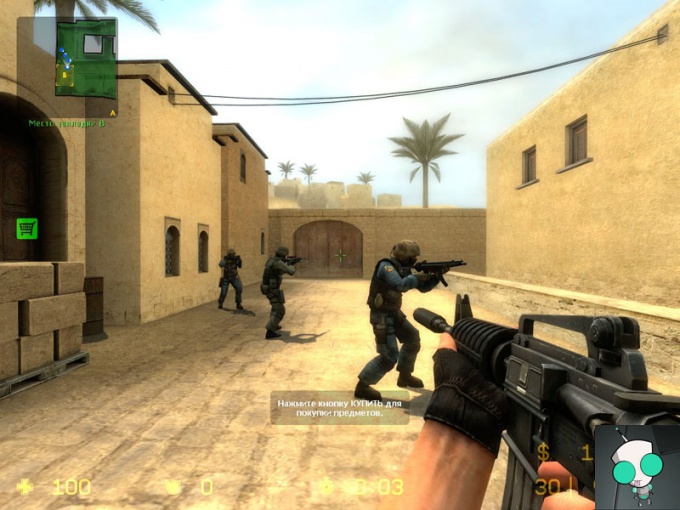 Related articles:
Instruction
1
The advantage of playing with bots for a beginner is clear: you can enter in the game the desired number of bots and set the difficulty level.
2
The greatest difficulties arise during the introduction to the game of bots in version 1.6 games Counter strike, because virtual fighter cannot be created through the menu. Use to create bots console. To call, press the tilde button on the keyboard, which shows the Russian letter E. Then type in the bottom window of the console bot_add and press Enter or the up arrow + Enter.
3
If you play a newer version of the game Conter-Strike Source (CSS), to set the virtual opponents and allies much easier. Recommend to use this version of the game with Russified menu. In addition, Conter-Strike Source much better graphics than Conter-Strike 1.6.
4
Start Counter strike and a menu will appear in the game. In the left part of your screen and select "Create server". This will bring up a window with setting up bots.
5
Click in the top part of the window the tab "Server" and tick the box next to "Enable bots". Then expose them to desired amount. If you are a beginner, do not enter the game many virtual fighters - you will be killed. Let it be-one contender fight or two in two. So you can no extra stress to practice the game Counter strike. And only then complicate the task.
6
One of the most important moments in the game – the level of the bot. The higher it is, the harder it is to play. Start learning combat in Counter strike with weak opponents. If you defeat them easily, go to a higher level, and compete with strong bots. Under the menu "Choose difficulty level" check the box next to the desired item: low, medium, high, expert.
7
Now in the upper right part of the window "Create server", choose the tab "Setup bots". Here define when the virtual fighters will enter the game - together with you or after your appearance on the map. Select the gun that will use bots. Can make in advance the side of the confrontation, who will be your ally - commando or a terrorist. Choose and start the game with bots.
Is the advice useful?
Присоединяйтесь к нам
New advices