All about Buddhism as a religion

Buddhism emerged in the sixth century BC in India. Buddhism is a doctrine of religious-philosophical nature based on spiritual awakening. The name of the doctrine was named after its founder Siddhartha Gautama, later called Buddha Shakyamuni. Buddhism as a term appeared in the XIX century. To this doctrine called the Dharma (law) or buddhadharma (law of Buddha). Currently on the planet about 800 million followers of Buddhism. They mostly live in the far East, Central, South and South-East Asia. 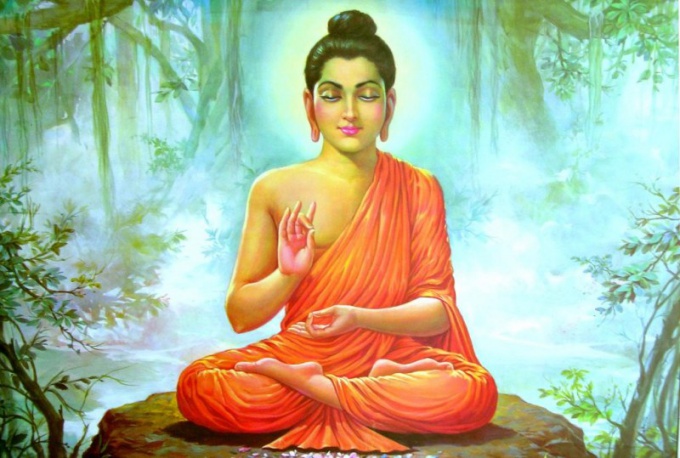 Related articles:
Instruction
1
According to legend, Siddhartha Gautama was of noble birth. Father ensured that his son in no way know the needs, lived in luxury. When the Prince grew up, he married the girl he loved. They had a son. Thanks to the efforts of his father, Siddhartha did not know that in the world there is disease, treachery, stupidity. One day, Gautama met a decrepit old man. So he learned that the world is aging. Then I saw a funeral procession. So Siddhartha learned of death. Another meeting was fateful. A young man met a beggar, who wandered the world and did not want from life. The Prince, a lifetime spent away from the troubles and tribulations, I started to wonder about people and their lives.
2
At the age of 29 he left home and kindred and went to live in seclusion. He believed that the seclusion will help him to understand the meaning of life. At age 35 he was called the Buddha, that is enlightened. In the 45 years he was widely known as a preacher, telling of the four noble truths.
3
Buddha believed that the cause of the suffering of the people in them. People are too tied to the entire material. Everything in the world changed, and humanity is opposed to it, creating the illusion of stability with things. In order to reach enlightenment and see the true existence, you need to limit yourself to meditate and free ourselves from attachment.
4
Over the centuries the religion of Buddhism has absorbed many rituals and beliefs. There some canonical Buddhism with clearly spelled out rules. Some followers of the Buddha know himself and meditate, others do good works, and others – serve the Buddha like priests.
5
Buddha preached that there are 4 noble truths must be followed.

1. Everything in the world is suffering, the fear, the inconstancy, anxiety, lack of satisfaction. All together it is called dokkoi.
2. Dukchi – trishna – thirst for sense enjoyment, about the desires of the people.
3. To get rid of dukkha possible.
4. Each person needs to find a life path that eliminates dukkha and bring him to Nirvana (eightfold path).
6
In his teachings Buddha said about karma and that everything depends on certain reasons. The basis of Buddhism is the doctrine of anatmavada (lack of soul) and the doctrine of kankavati (immediacy).
7
In schools of Buddhism the principles and doctrines interpreted in different ways. Common to all schools is the story of the life and enlightenment of Siddhartha Gautama, the doctrine of karma and the wheel of samsara, the four noble truths, the eightfold path.
8
A Buddhist is not born, they can become, finding the three jewels: Buddha, Dharma and Sangha, the enlightened, to understand the Buddha's teachings and engage in Buddhist community. Every Buddhist must destroy three poison: ignorance of the nature of being, passion and selfishness, anger and intolerance.
Is the advice useful?
See also
Присоединяйтесь к нам
New advices