What roses bloom all summer

Most long blooming of all varieties of roses are floribunda and landscape roses. They are the most resistant to frost, and under the cover can easily tolerate harsh winter. 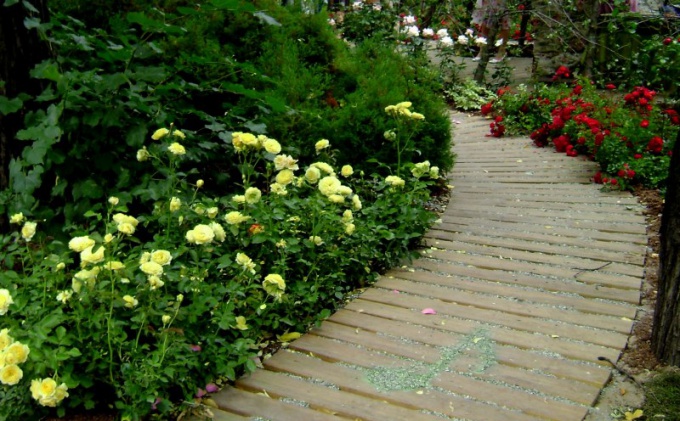 Related articles:
Instruction
1
Translation of "floribunda" means "floriferous", and have the title it becomes clear that these varieties of roses will bloom all summer until the first frost. This variety is a hybrid, obtained by crossing polyanthus roses with hybrid tea. An interesting fact that originally they didn't smell, having lost it as a result of selection, but later a light scent still managed to bring it back.

These varieties largely resemble chinogerni and polyanthus they got the stamina and hardiness. The distinguishing features of the class are also small leaves and low growth. Feature of roses "floribunda" is that its flowers don't grow singly, as in other species, and developing inflorescences, in each of which may be up to a dozen flowers.
2
When spring and light pruning of bushes flowering occurs earlier. But to cut the shoots too stretched and bloom can only by August or September. Moderate pruning (4-6 buds) contributes to the harmonious development of the shoots and ensure timely flowering in June. In cutting roses should not be left on the Bush wood older than 2 years. This variety of roses can be grown in the garden, in the greenhouse, and even at home in a pot.
3
According to international Botanical terminology Park-called cultivated roses all the wild roses - they bloom from early spring to late autumn. In favorable conditions, they represent a large Bush with abundant flowering. For planting in the middle lane, this rose has one indisputable advantage - flowers winter without shelter. In the fall, when flowering is over, the bushes of this plant are not less attractive with its bright fruits and leaves. Flower color is rose Park - from pure white to dark purple, rarely yellow, orange, tea varieties.
4
For the favourable development of Park roses need a Sunny, well-ventilated place. In partial shade and in the shade of flowering significantly reduced or disappear altogether. Desirable neighborhood with large trees. Any soil is suitable, but preference should be given to soils with high humus content, or medium clay.

The main element of the care of Park roses - annual formative pruning. The bushes are cut, giving them a cupped shape and leaving only the strongest shoots. Spring pruning should be carried out no later than mid-April. In September-October, cut the young shoots of 5-7 cm That allows the hive to survive the freeze. Open cuts should cover up with oil paint or garden pitch.
Is the advice useful?
See also
Присоединяйтесь к нам
New advices