The Holy Tradition of the Church: who is the first to go to heaven

The Orthodox Church teaches that after the fall man could not enter heaven. Only through the redemptive deed of Jesus Christ on the cross to people after death was again granted the opportunity to be in Paradise. 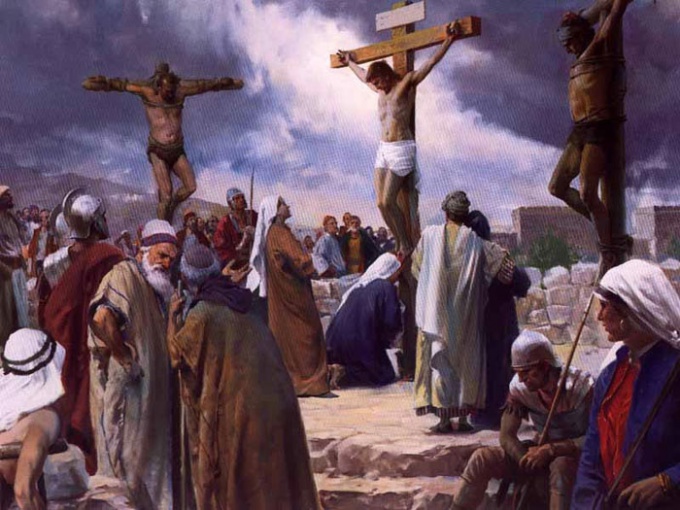 The Scriptures tells of the crucifixion of Christ. This is one of the highlights of the entire new Testament history. From the Gospels it is clear that with Christ you were crucified two thieves. One on His right and the other to the left. That is the man who was to the right of Christ on the cross, according to the tradition of the Church, first and gone to heaven. The wise thief, so called the crucified, to be awarded the Kingdom of Heaven, on the cross, truly repented of their evil ways. It was narrated by the Evangelist Luke.

Crucifixion was considered the most shameful and terrible execution in the Roman Empire. Only the most violent criminals could be subjected to such punishment. We can assume that the robbers who were crucified next to Christ, were engaged in robbery, looting and killing people. To the left of the crucified Christ, blasphemed the Lord, insulted him and demanded that Jesus demonstrate his divine power and come down from the cross. The second robber came out openly in defense of the Saviour, saying that in Christ there is no guilt. Then the wise thief turned to the Savior with a request: "Remember me o Lord when you cestovat" (from Church Slavonic is possible to translate the words of the thief from the gospel of Luke). Heart thief imbued with a feeling of repentance, he saw many women cry at the cross, you might have heard about the great miracles of Christ. Also the robber could hit the feeling of the love of Christ to people, because Jesus from the cross prayed for his crucifiers. Maybe this determined sense of faith in Christ as the Messiah and caused repentance. In the words of the wise thief Christ said,"Today shalt thou be with Me in Paradise."

It turns out that the first promise of the heritage of the Kingdom of Heaven received the penitent on the cross the robber. In this the Orthodox Church sees the great love of God even to the most wicked people. Christianity teaches that there is no Unforgiven sin, but sin unrepentant. Each person is given the opportunity of repentance and reconciliation with God. Regardless of the severity of sins, with sincere repentance, God can forgive. However, this does not mean that any punishment for a person should not have place in the case of remorse. So, the Church does not reject the possibility of imprisonment for sin. In this context we are talking about the forgiveness of man by God and the opportunity to enter heaven for anyone who sincerely repented and decided to change my life for the better.