Precious stones are so large that you can make them a decoration, are rare. Therefore, most jewelry made from semiprecious and ornamental stones. 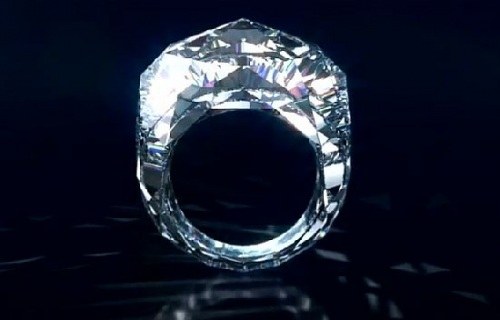 This files most often of solid stone made bracelets, necklaces and rings, other jewelry already requires the involvement of metals in one form or another, to pin the stone on the body in the desired position. Bracelet and beads are used all the stones, both precious and semiprecious. Necklaces, bracelets and rings of precious stones are less common, as a large number of stones of this size in the world, and those that have, it is better to cut and paste in a frame of gold or platinum, rather than worn as a ring on your finger.

But semi-precious stones are often used for bracelets, necklaces and rings and an ornamental stone more often. You can buy such necklaces, bracelets and rings of amethyst, Topaz, malachite, jade, aventurine, and turquoise.

Crystals of citrine can attract wealth to its owner if he will wear a ring from them as often as possible.

In the practice of Feng Shui such clusters of crystals, called geodes, are paying very close attention. Experts say about the very strong impact of the rings upon his master and about their ability to fulfill desires. Especially often used in practices such crystal amethyst which is thought to be able to take care of all the negative energy, designed by his master. Crystals of amethyst can increase creativity and help with learning disabilities.

Beads and bracelets made of natural stone

Raised on strong thread bracelets and beads made of natural stones are rare and costly thing, like rings from a single crystal. So they are very common and there are a huge number of variations.

Beads and bracelets assembled from uncut stone chips and beads of different cuts. It is believed that the magical effect attributed to some of the stones, becomes clearer and stronger if the stone is not treated and is not enclosed in a frame. This applies to amber and pearls.

The pearls are very rarely used rims, as the value of the pearls in her perfect form, which should be visible from all sides.

Turquoise and coral are very often in the form of stone chips on long threads, as bizarre forms taken by these minerals, beautiful in its natural form.

Other stones for necklaces and bracelets often subjected to different cutting. The stones of this kind are more fakes than the stones in the frames, as busine easier to give the appearance of natural stone, but because of the low cost of these beads many do not pay attention to whether the natural stone.
Is the advice useful?
See also
Присоединяйтесь к нам
New advices