What is the tallest mountain in Europe

There are several variants of the boundary between Europe and Asia: in some it passes through the watershed of the Caucasus mountain range, in others much further North. Therefore, the title of the highest mountain of Europe is ambiguous: it can belong to as Elbrus in the Caucasus and Mont Blanc in the Alps. 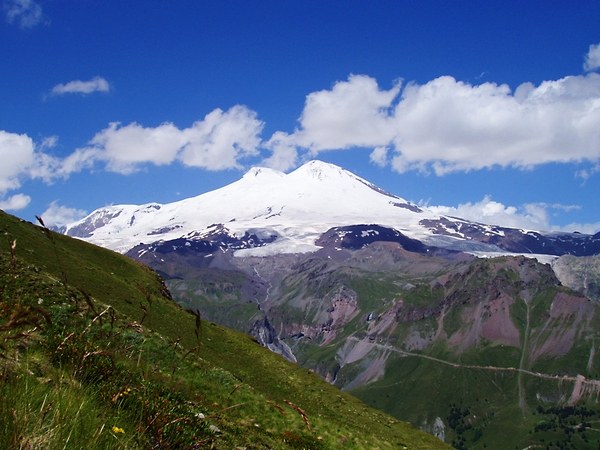 If the border between Europe and Asia to conduct in the Caucasus mountains, Elbrus can be called the highest European mountain. He is in Russia, between the republics of Karachay-Cherkessia and Kabardino-Balkaria, approximately in the Central part of the Great ridge, on its North side. The mountain has two main peaks: the East and West, between which is about three kilometers. The first stands at 5642 meters, the second – to 5621.

Elbrus is a volcano, but its last eruption occurred some two thousand years ago. The mountain was formed about twenty million years ago after a violent eruption.

The exact origin of the name Elbrus is unknown, there are several options: either the Iranian phrase "high mountain" or the word "brilliant" or Georgian "storm and ice." The old Russian name – shat-Gora that means "mountain valley".

Elbrus is one of the most popular ski resorts of Russia, and to the diversity of this area and is visited by skiers from Europe. The Elbrus region is famous not only for its tracks and sports facilities, how many splendid nature and beautiful landscapes. The mountain is almost entirely covered by eternal snows and glaciers. In addition, many climbers aim to conquer the highest peak in Europe. The ascent presents no special difficulties for trained athletes and quite safe if all rules are met.

Mont Blanc is often called the highest mountain in Western Europe, but if you consider the Caucasus mountains as belonging to Asia, this Alpine peak to be considered the highest in Europe. The height of Mont Blanc – 4810 meters. This mountain is not so much stands out from the neighboring peaks compared to Elbrus, has an elongated form stretches almost 50 kilometers. Mont Blanc with its neighbouring mountains looks like a long massif with several peaks of approximately the same height.

There is a mountain in the Western Alps, on the border of Italy and France. On the one hand it is the French holiday resort of Chamonix, with the other Italian town of Courmayeur. Under the mountain is a long road tunnel that connects the two countries.

As Elbrus, Mont Blanc is popular with climbers and lovers of the mountain nature. Alpine meadows, snow-covered cliffs, crystal clear lakes and fresh cool air are the main attractions of this part of the Alps, and complete the picture of a typical European tidy towns.
Is the advice useful?
Подписывайтесь на наш канал